Skip to content
Home News BlackBerry Evolve Will Finally Go on Sale in India on October 10 on Amazon For Rs 24,990 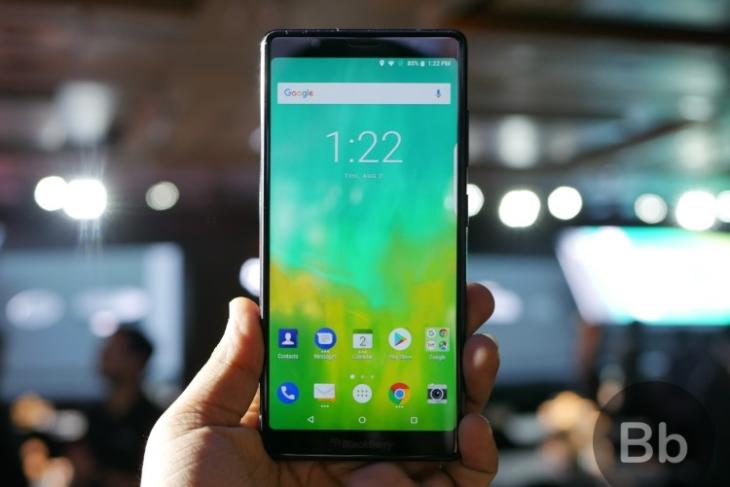 The BlackBerry Evolve is ready to go on sale after a delay of nearly two months. Announced in the first week of August, the phone was supposed to hit stores that month, but it will go on sale on October 10, Optiemus Infracom, the company behind the BlackBerry brand in India, announced. The phone will be available on Amazon.in for Rs 24,990.

The company had announced a higher-end Evolve X smartphone in August too, though that’s yet to go on sale, despite a September launch date being specified at unveiling.

The BlackBerry Evolve is powered by a Qualcomm Snapdragon 450 SoC, and has up to 4GB of RAM along with 64GB of internal storage. It features a 5.99-inch full HD+ LTPS display with a 1080×2060 pixel resolution. BlackBerry claims a peak brightness of 500 nits and the glass gets a oleophobic coating to keep smudges to a minimum.

Like most new phones these days, the Evolve has dual rear cameras – a 12+13 MP combo with a f/1.8 + f/2.6 aperture respectively. The pixel size is 1.4 um and 1.0 um respectively. On the front, it sports a 16MP f/2.2 lens with front flash and a 178 degree FoV. BlackBerry uses tetra-pixel binning tech for better low light performance along with real-time bokeh. There is a fingerprint sensor on the back, but the single front camera also brings Face Unlock, albeit not as secure as some other rivals in this price segment.

Get notified for the BlackBerry Evolve sale on Amazon.in