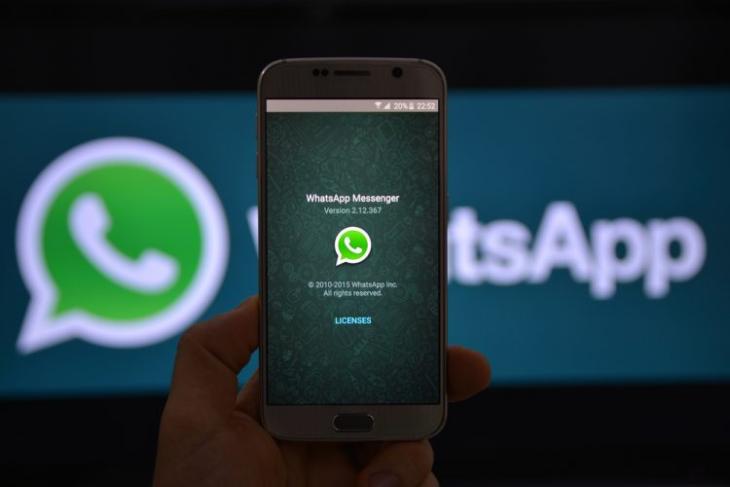 Just when we thought the days of spam messages were past us, a new WhatsApp message bug has emerged and taken over like wildfire. The message which results in a a text encoding error appears to crash or make WhatsApp unresponsive.

This is being caused by a forwarded message with the text – ‘I can hang your WhatsApp for a while, just touch below message’ and then you have a largeish black dot with the words ‘don’t-touch-here’ next to it. This is what the forward looks like: 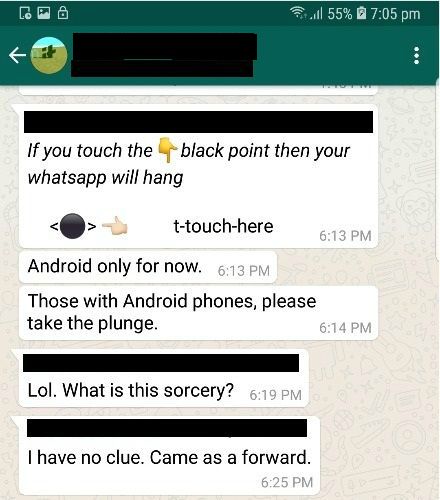 Yeah, I know it looks like spam right off the bat, there’s no doubt about it. But, several users seem to be a little more hands-on and have tapped the message to satisfy their curiosity. And it appears the message was advertising the truth and it sure froze/ crashed WhatsApp.

And surprisingly, this message only seems to affect Android users whereas tapping the same on iOS devices does nothing. Lucky, iOS users!

As for what’s causing the messaging app to crash, you can notice above that there’s an obvious space before the ‘don’t-touch-here’ message. A closer look at the HTML code of the same reveals that someone has notoriously placed the control character (used to align text differently from other lines) “&rlm:” multiple times before the courteous warning message.

The sheer number of control characters overwhelms WhatsApp when you tap on it and it responds by either crashing or freezing so as not to consume all your device memory.

While unrelated, we recently also saw a Telugu character freezing iOS devices when it was sent over iMessage or any other messaging app. It even caused several of the devices to crash, but the same was fixed with an update soon after. So, we can expect WhatsApp to acknowledge this annoying loophole and patch the bug with an update over the next few weeks.