My favorite feature that is coming with the macOS Mojave is an all-new system-wide “Dark Mode” which is just awesome. Apple went all out with this one as not only you are getting dark mode on things like System Preferences and Finder, but even the system apps including Safari, Notes, and all the other apps are also getting their own dark mode. Everything looks incredibly beautiful and I am certainly loving it. 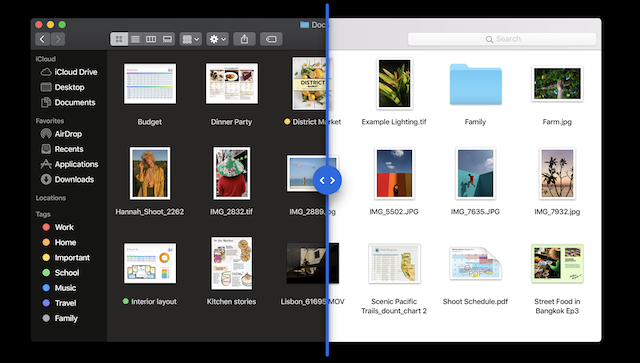 Of course, if you don’t like the Dark Mode, you can always go back to the original light theme by heading to the General settings inside System Preferences. Here, you also now have the ability to change the Accent color which is basically the secondary color that you see on things like buttons, right-click menus, and more. I am certainly loving this and it was my biggest reason behind installing the macOS Mojave as soon as Apple launched it.

macOS Mojave is also bringing some improvements for the macOS Desktop. Firstly, there is a new feature called “Stacks” which is especially helpful for people with messy desktops. Basically, if you are using the Stacks view on your computer, the system will automatically create stacks of files that are present on your desktop. For example, if you have a ton of documents and images on your desktop and you enable the Stacks view, it will automatically create two different stacks contacting images and documents respectively. For people who want a more granular control over stacks, there is also an option to create stacks by tags or dates. 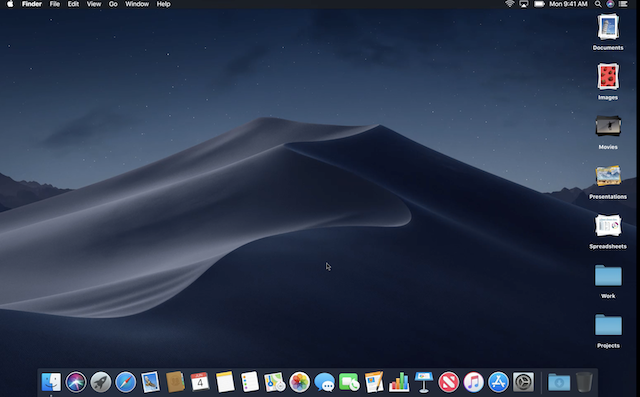 Apart from the Stacks feature, the macOS Desktop is also getting the ability to use “Dynamic Wallpapers” which changes color depending on the time of the day. That said, currently, there is only one dynamic wallpaper offered by Apple and I am really hoping that Apple will include a bunch more before the final release, as unlike static wallpapers, they cannot be downloaded from third-party sources as of now. 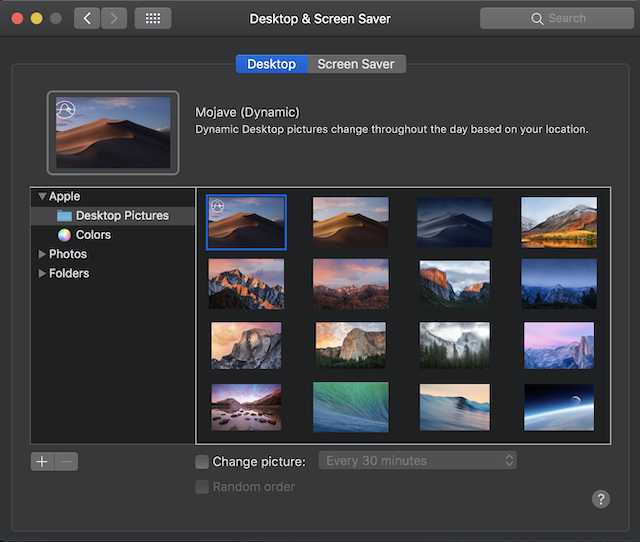 With macOS Mojave, Quick Look is getting way more powerful than it was before. Now, it’s no longer a tool which serves one specific purpose of letting you quickly view files, but it also allows you to quickly make some edits to the files themselves. For example, if you are viewing a photo using Quick Look, you will have all the markup tools available to you. You can also sign PDF files or trim videos directly from the Quick Look interface which is just crazy. 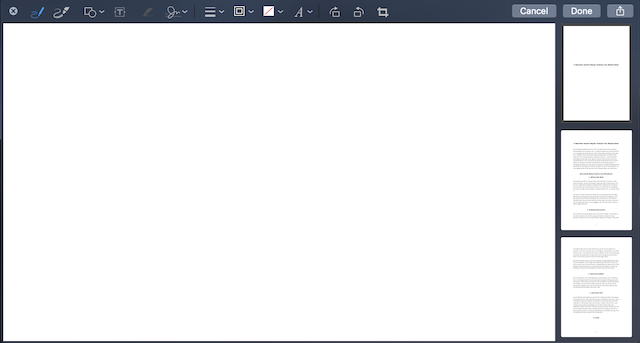 macOS Mojave is also bringing the popular iOS screenshot tool which Apple introduced with iOS 11. Now, whenever you take a screenshot on your Mac, it will sit in the bottom right-hand corner for a few seconds. If you do not interact with the screenshot, it will automatically get saved. However, if you click on it, you will get access to markup tools along with options to quickly share the screenshots and delete them if you don’t like what you have captured. Not only that, now you are also getting a new screen recording tool which can help you record your entire screen or a part of it. The new screenshot tools are definitely amazing, and it will certainly help users who take a lot of screenshots. 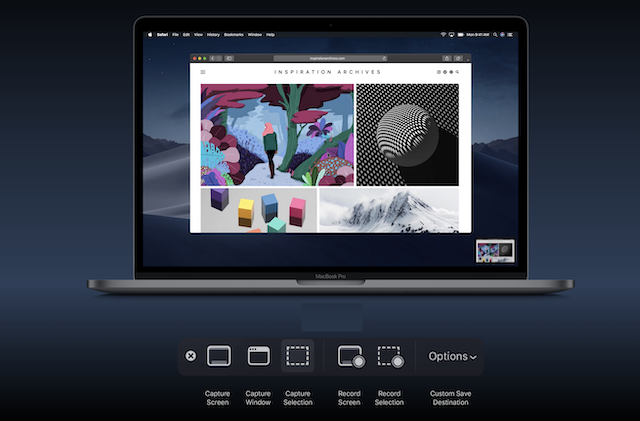 Finder had been a neglected part of macOS since ages. With Mojave, Apple is finally changing its status quo and giving it more power. The biggest change coming to the finder is the addition of a new sidebar which shows various metadata information of the selected files. Not only that, the sidebar also houses some nifty quick action buttons which are really helpful. The quick action buttons are contextual which means that you will see different options depending on the file type that you have selected. For example, for pictures, you will see Rotate and Markup buttons. 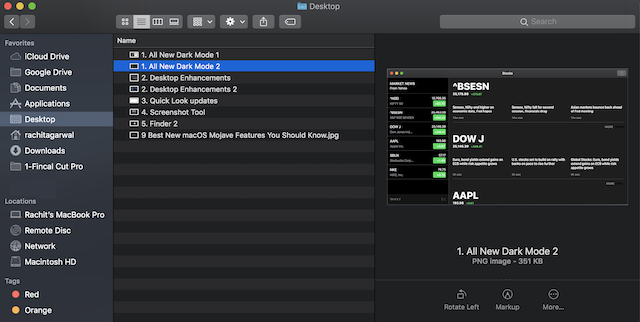 Other than the sidebar, Apple has also added a new “Gallery View” which lets you see your files in a horizontally scrolling view. This view is really helpful if you are scrolling through pictures as you get big previews which makes it really easy to locate the picture that you are looking for. Apart from these big changes, there are also a ton of under the hood performance improvements that will make the overall Finder experience smoother and faster.

I am so happy that Apple has decided to update the Mac App Store which the company had been neglecting since its inception. The new Mac App Store now brings a left sidebar which houses all the navigational items which are Discover, Create, Work, Play, Develop, Categories, and Updates. The Discover tab helps people discover new apps and games which is promoted by Apple. It also houses app editorial content from Apple. This is a very handy addition to the Mac App Store as previously, discovering new apps was one of the most difficult tasks. 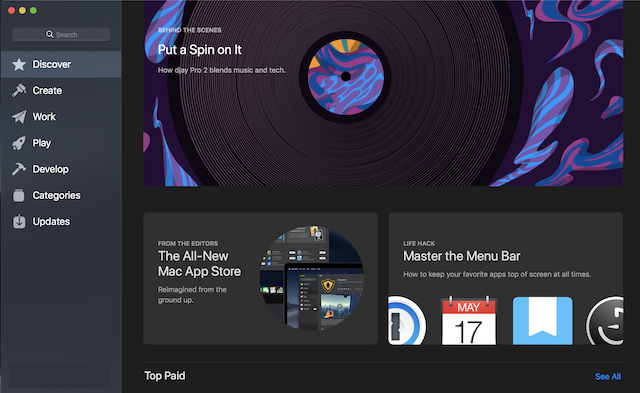 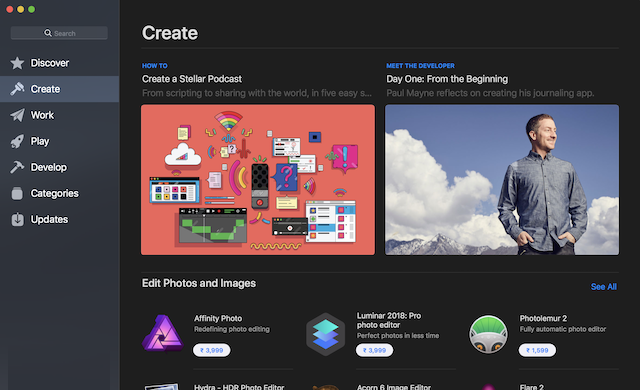 with macOS Mojavi, some of the iOS exclusive apps are making an appearance on the Mac. The apps that are coming to the Mac include News, Stocks, Home, and Voice Memos. I don’t care for the Stocks and the Voice Memos app much, but I am really excited for the new Home and News app. The News app ensures that now I don’t have to use any third-party news gathering service while the Home app will allow me to control my smart devices right from my laptop. 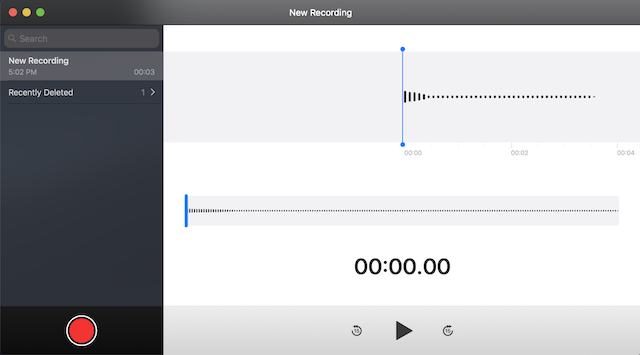 Just like last year, macOS Mojave is also bringing a lot of privacy and security improvements for Mac users. Firstly, macOS Mojave will include extra protection features for preventing access of camera and microphone by third-party apps. Users will be notified when a certain app is trying to access camera or microphone and its up to them to approve or deny that action. Along with that, access to the Mail and Messages database will also be heavily restricted. 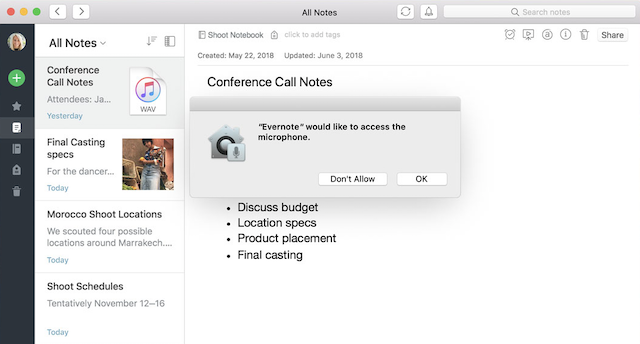 Safari is also getting more privacy-focused as now it will prevent share buttons and comment widgets on web pages from tracking you without your permission. Safari will also prevent advertisers from collecting your device’s unique characteristics, so they can’t identify your device or retarget ads to you across the web. Safari will also automatically create, autofill, and store strong passwords for you. It also flags existing passwords that have been reused so you can easily update them.

Siri is now more powerful and improved, and it can now recognize more actions and commands. Firstly, now you can control HomeKit-enabled devices using Siri on your Mac. Also, just like on iOS, you can also access your saved password by asking Siri. Finally, Siri’s knowledge base has increased and now it knows much more about food, celebrities, and motorsports.

Apart from the above-mentioned big changes, there are also a couple of small changes that are coming with macOS Mojave:

With macOS Mojave, FaceTime is finally getting the ability to make group video calls. Now, users can FaceTime simultaneously with 32 people. To enable a hassle-free group FaceTime experience, the app now brings a new tiled interface in which users will be displayed in a tile view. The tile of the person speaking will get larger automatically, so you’ll never lose track of the conversation. If you love group video calls, you will certainly enjoy this new update. 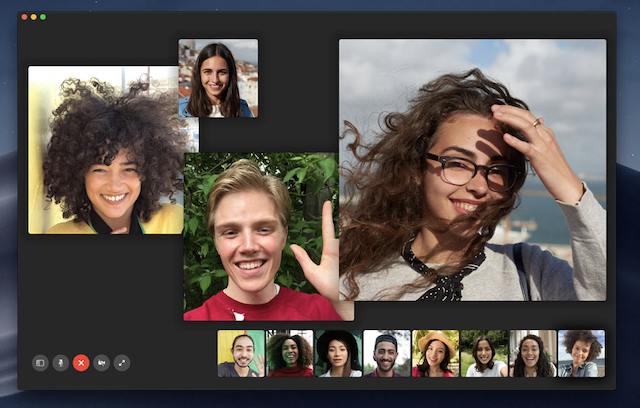 One of my favorite features coming with macOS Mojave is the new Continuity Camera which allows you to easily capture and import pictures and documents from your iPhone to your Mac. Just choose “Insert From” option from the Edit menu on Notes, Pages, or Finder, and then take a picture from your iPhone. As soon as you click the picture or scan a document, it will be imported to your Mac. 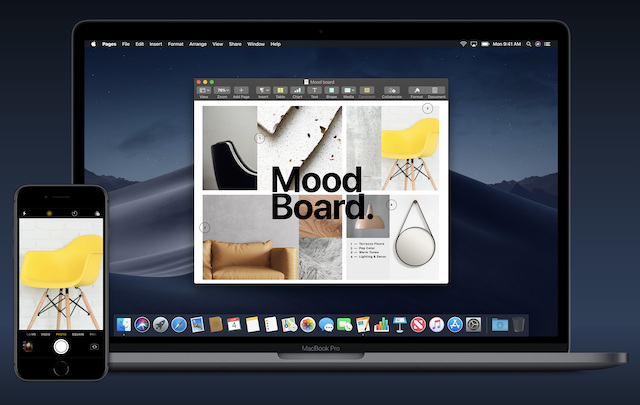 With macOS Mojave, your Dock is also getting a new ability. Now, by default, your Dock will have a section which will feature your most recent apps. This is a very handy feature if you want to quickly access your recently quit apps. I personally am not a fond of the feature and like to keep it off, however, it’s there if you want to use it.

One minor feature coming to the Mail app with macOS Mojave is the addition of an emoji button in the mail compose window. So, now you can compose emails with emojis with just a click of the button. 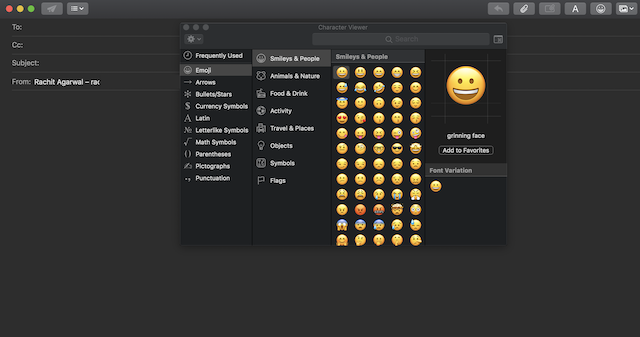 SEE ALSO: How To Install The Latest macOS Mojave Beta On Your MacBook, iMac and Mac Pro

macOS Mojave Features: Which One Is Your Favorite?