There’s no perfect smartphone in this world but if there would be one, it would have endless battery life. That’s wishful thinking for sure but the truth is we have all faced battery woes on our Android smartphones and we want ways to extend our device’s battery. There are a number of reasons why our smartphone’s battery gets sucked up quickly like apps running in the background, unused system settings like Bluetooth, WiFi, etc and more. While there are plenty of comprehensive battery saver apps on the Play Store, they all seem a bit too complicated for daily usage. Thankfully, we have found a simple one-tap battery saving solution and that’s exactly what the app Battery Time offers.

Battery Time is a very simple app that lets you extend battery life through a single tap. Don’t expect any advanced features here, as you will be disappointed. Now that we have cleared that out, let’s get into the details of the app, shall we?

Battery Time features a clean and straightforward user interface, which works well, considering the app’s attributes. The app’s home page is where all the action lies, as it features a sort-of circular timer, which is an “Extend time” button with the estimated battery remaining showing up on top. There’s a small button in between, which lets you see details of estimated usage like 3G call time, WiFi, video, Audio and Games. The bottom of the app has various toggles like brightness, screen time, auto-sync, Bluetooth and WiFi. 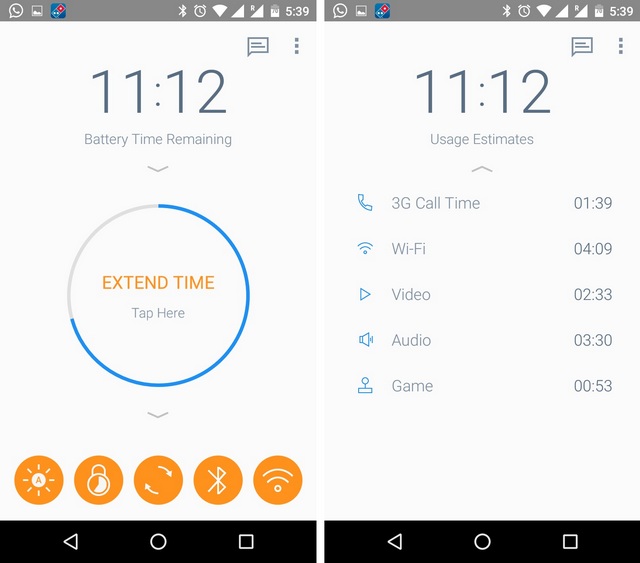 The best thing about Battery Time is its ability to optimize battery performance with a tap. When you tap on the “Extend time” button, the app kills all the apps that might be eating your battery and then shows what settings you can turn off to get some more battery life. For instance, if your Bluetooth is turned on, the app will show how much time you can extend if you turn it off. 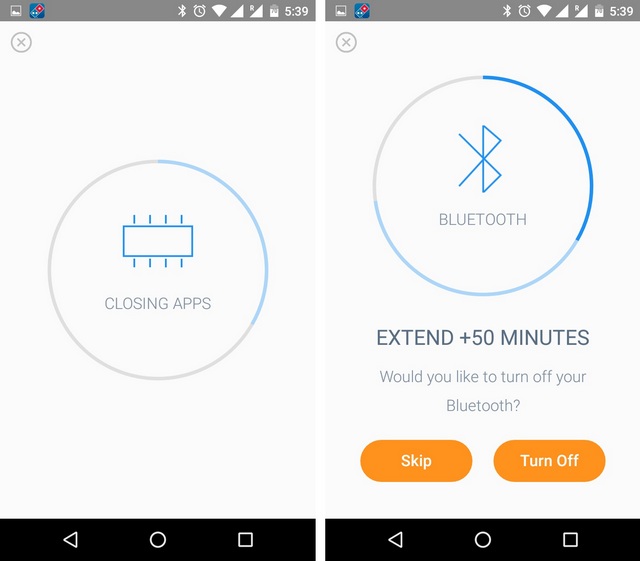 The latest update to Battery Time brings a Message Cente to the app, where a few battery saving tips & tricks are listed. While some tips might be useful for an average joe, there aren’t any advanced tips or tricks to be found but hopefully, the content will increase in the future. 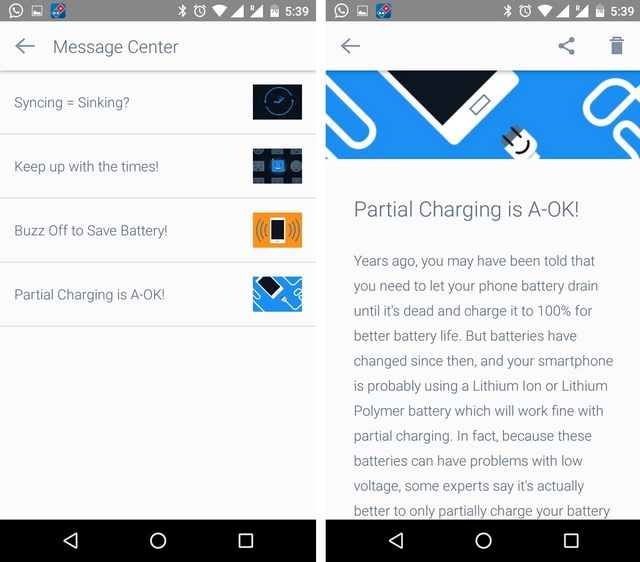 Ease of Use: As easy as it gets

While there aren’t a lot of features here, the ones that are present work well and that should be fine if you are looking for a simple battery saver app. There aren’t many flaws in the app per se but the estimated battery time can be slightly inconsistent at times and it’s mostly different from what the native Android battery settings show. Other than that, we have no qualms against the app and on the performance front, the app works smoothly with no lags whatsoever.

To sum things up, if you are looking for advanced features, you will be disappointed by what Battery Time has to offer but if you are okay with a simple battery saver app that lets you get the most juice out of your Android device’s battery, Battery Time is for you! The app is available for free on the Play Store, so give it a spin and let us know how you like it.