Skip to content
Home News An Average Human Spends Around 9 Years of His Life on Smartphones: Study 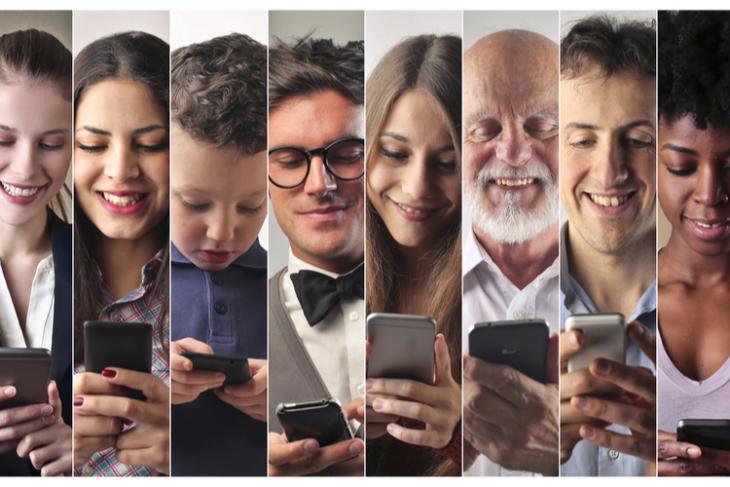 Over the past two decades, smartphones have become an essential commodity in our lives and we spend most of our day-time scrolling through newsfeeds or clicking weird selfies. Well now, a recent study estimates that an average human being spends almost 9 whole years of his/her life staring at the screen of smartphones.

According to a recent study conducted by a mobile comparison website, WhistleOut, an average person spends around 76,500 hours on smartphones in his/her entire lifetime. This roughly translates to 8.74 years of a lifetime spent on a glass slab with electronics on the inside.

The team behind the study surveyed 1000 participants, categorized as Generation X (1965-1980), Millennials (1981-1996), and Baby Boomers (1946-1964), asking them about their personal screen time on smartphones. This way, they acquired the average time of daily smartphone usage and combined it with the average age of getting a smartphone in today’s world, which is just over 10 years, to find out the figure above.

Moreover, the study found that Millennials spend the most time on their smartphones, while older-gen people spend the least amount of time staring at digital screens. Obviously! We, millennials, don’t want to miss out on the next big meme or our friend’s Stories.

As per the study, an average Millennial spends about 3.7 hours of the day on smartphones, with the Gen-X population clocking at 3 hours per day. On the other hand, Boomers spend a mere 2.5 hours a day on digital devices.

Now, excessive smartphone usage has been a growing concern over the past few years. We have seen many major companies come up with dedicated software tools in their operating systems to help users limit digital time. However, following the Coronavirus-led lockdowns, digital screen time for most of the population has increased by many folds.