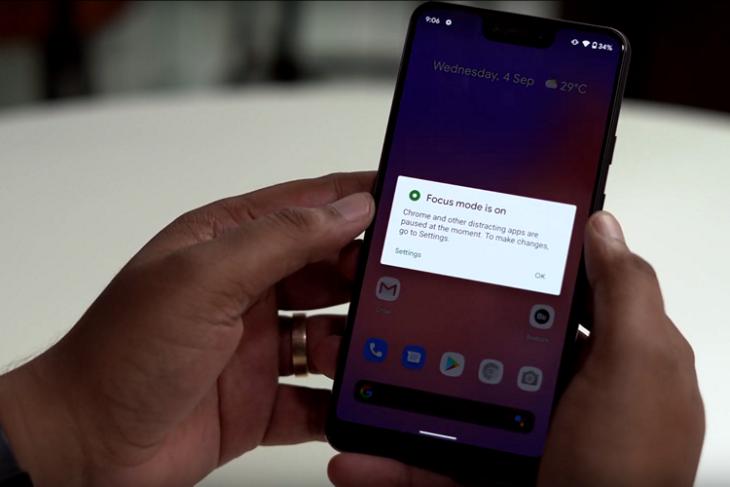 After being rolled out as part of Android 10’s updated Digital Wellbeing earlier this year, Focus Mode is finally out of beta. In an official blog post on Wednesday, Google announced that the new feature, which aims to help users maintain ‘focus’ and prevent distracting themselves from the task at hand, is finally available for all compatible Android 9 and Android 10 devices.

The stable version of Focus Mode also comes with a few new features, including a scheduling option that will automatically switch the tool on and off depending on the time of day. It will be especially handy for setting daily schedules, enabling users to minimize distractions during the hours they’re at work, school or home. “We also added an option to take a break, which lets you step out of Focus mode to use certain apps and jump back in when you’re ready”, said the company.

According to Google, “You can select apps you currently find distracting (like social media or games) and if you try to open them, Focus mode will remind you that app is paused. Focus mode will also silence those apps’ notifications until you’re ready to switch out of the mode”, cutting down on distracting interruptions from various apps.

In case you don’t know it already, Focus Mode made its debut earlier this year as a Digital Wellbeing tool that can temporarily pause all apps to help users focus on the task at hand. It is available on all devices that currently have Digital Wellbeing and parental controls settings, including new phones launching with Android 9 and Android 10 out-of-the-box.

Digital Wellbeing on Android Pie Moves Out of Beta, With Improved Wind Down Mode