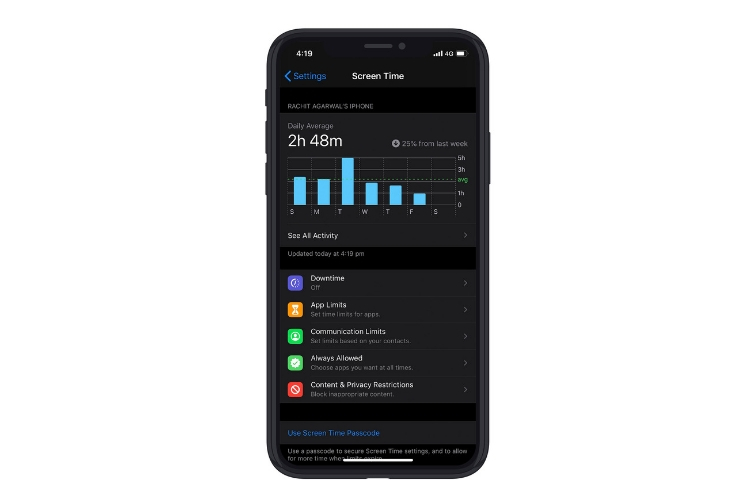 With smartphone addiction among kids becoming a massive debate, Apple added a new usage monitoring feature named Screen Time to iPhones with iOS 12 last year. The said feature has now found its way to macOS Catalina, which you can enable using the guide here, and gained a new communication limits feature in the process.

Apple has perked up its Screen Time feature in iOS 13 to hand-over more control of how kids use their iPhone or iPods over to their parents. The Communication limits feature is designed in a manner that parents now have the ability to limit who their kids can reach out to or who can contact them. You can either set limits for the entire day or when their device is in Downtime mode.

As seen in the screenshot above, Communication Limits is available to test in the iOS 13 beta build (which we tested on our iPhone X) made available at WWDC 2019 earlier this week. This feature limits communication with others on the basis of your contacts and it currently applies to Apple’s native apps like the dialer, FaceTime, messages, and AirDrop.

Taking a peek at the settings for Communication Limits, you can choose to have contact with everyone (even unsaved numbers) or only contacts saved on the device during the designated Screen Time period for the compatible apps. You can also set limits for who contacts you during Downtime, which is great. 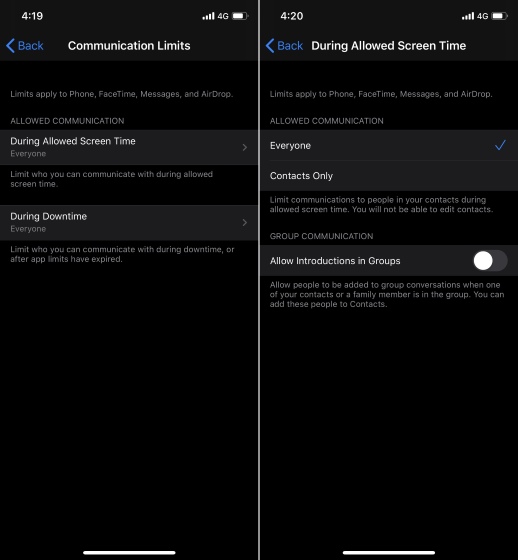 In addition, the feature list on iOS 13 preview website lists another interesting parental control and that’s managing the contacts that appear on your kids’ smartphone. Yes, if you’re paranoid about who they can be in touch with then you can now choose contacts which will appear on their device. This is a great addition to Screen Time, especially for parents who worry about their kids. What do you think? Let us know in the comments below.