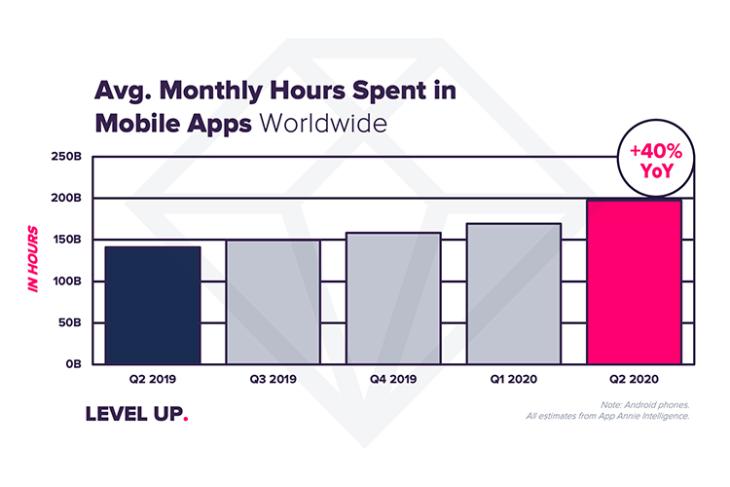 Mobile app usage reportedly increased dramatically at the peak of the COVID-19 lockdown worldwide. With people largely staying indoors because of the pandemic, time spent on mobile apps grew 40% year-over-year in Q2, 2020. According to new data from App Annie, people the world over spent an all-time monthly high of over 200 billion hours during April 2020.

India saw the biggest hike, with people spending 35% more time on mobile apps in Q2, 2020 over Q4, 2019. Meanwhile, Italy, Indonesia and the US showed 30%, 25% and 15% growth, respectively. “This significant increase in usage was fueled by social distancing and lockdown measures undertaken throughout the world to combat the spread of the coronavirus pandemic”, said the report.

On Google Play, the most number of downloads came from India and Brazil. India was also one of the major growth drivers for the platform during the quarter, alongside Brazil and Indonesia. Meanwhile, on iOS, the US and China were the two largest markets by downloads, while the US and Saudi Arabia were the main drivers of growth quarter-over-quarter.