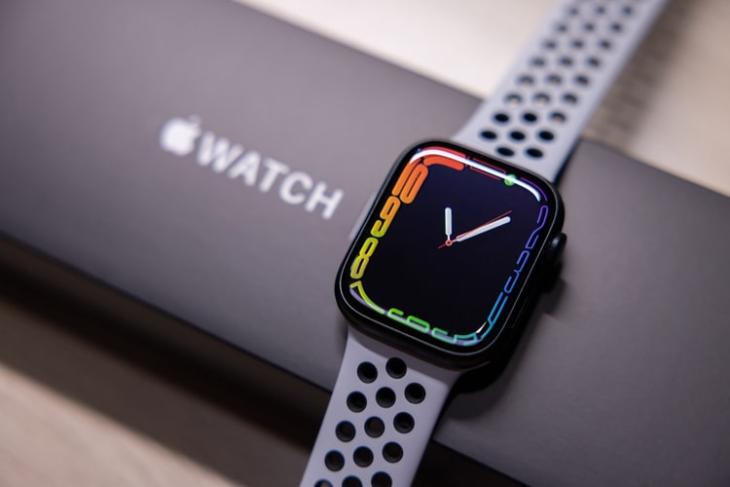 Apple has featured in the news for its upcoming Apple Watch Series 8 lineup multiple times in the past. We recently got to know that the company is exploring launching a rugged Pro model, which will fall in the high-end price bracket. We now have new information on it suggesting that it may introduce a major design change.

Bloomberg’s Mark Gurman recently released a new Power On newsletter, which suggests that the rumored Apple Watch Pro will introduce a “fresh look,” which will be a first for Apple since 2018. We can expect Apple to further bring changes to the current rectangular dial design. So, those hoping for a circular Apple Watch might feel disappointed.

Plus, Gurman believes that it won’t feature flat edges, which was been rumored for a while now. The Apple Watch Pro is said to be 7% bigger in size compared to the standard Apple Watch. Plus, it can be made up of a “durable formulation of titanium” to make the smartwatch sturdier and rugged.

As for other details, it is already revealed that the Pro variant of the upcoming Apple Watch lineup will come with a bigger battery, which is expected to last a few days without the use of the low power mode. It can also incorporate a body temperature monitor, which is another rumored Apple Watch feature.

The new Apple Watch iteration is likely to launch in September alongside the much-anticipated iPhone 14 series. We will get more details on this gradually. So, we suggest you stay tuned for further updates on this. Also, do share your thoughts on the speculated Apple Watch design change this year in the comments below.