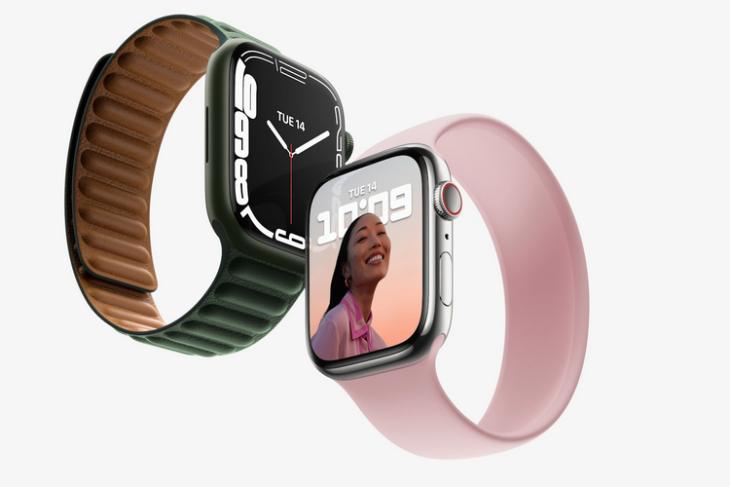 This year, Apple appears to be aiming for three smartwatches as part of its Watch Series 8: a standard model, a rugged model, and an SE model. From what we are hearing now, there might be some changes to the naming scheme and the alleged rugged Apple Watch could be called the Apple Watch Pro. More on this has surfaced and here are all the details to know.

Bloomberg’s Mark Gurman, in his latest Power On newsletter, has revealed that Apple is planning to go the “Pro” route for its smartwatches by bringing in some Pro features to its rumored sports edition of the Watch Series 8. The treatment will be similar to Apple’s other Pro products like the iPhone Pro models, the MacBook Pro, and the iPad Pro.

Besides the Apple Watch Pro moniker, you can expect high-end features like a bigger, shatter-proof display, longer battery life, and improved swimming/hiking tracking. Another aspect of this “Pro-fication” would be the inclusion of a rugged and heavier case made of premium materials like Titanium. This high-end rugged Apple Watch, codenamed “N199,” will be aimed at sports enthusiasts but is expected to attract the generic audience alike. Additionally, it is said to come with the S8 chip (like the Apple Watch Series 7), a body temperature, new health features, and more.

This new change could mean the end of the Apple Watch Edition model. This will come at a time when Samsung is also expected to launch the new Galaxy Watch 5 Pro this year, which will be a direct competition for the new Apple Watch.

Now, if we are expecting a high-end Apple Watch Pro this year, the expensive price tag is a given. Gurman believes that the smartwatch will most likely have a starting price between $900 and $900 similar to the iPhone 13 Pro. While this feels like a significant jump in price, it remains to be seen what Apple really goes for.

That’s a lot of information regarding this year’s Apple Watch lineup but we are not sure, which is really true. The new Apple Watch is expected to launch in September alongside the iPhone 14 series and we will have to wait until then for proper details. We will keep you posted, so, don’t worry about missing out on anything. Hence, keep on visiting Beebom.com for further updates. Do share your thoughts on the Apple Watch Pro in the comments below.