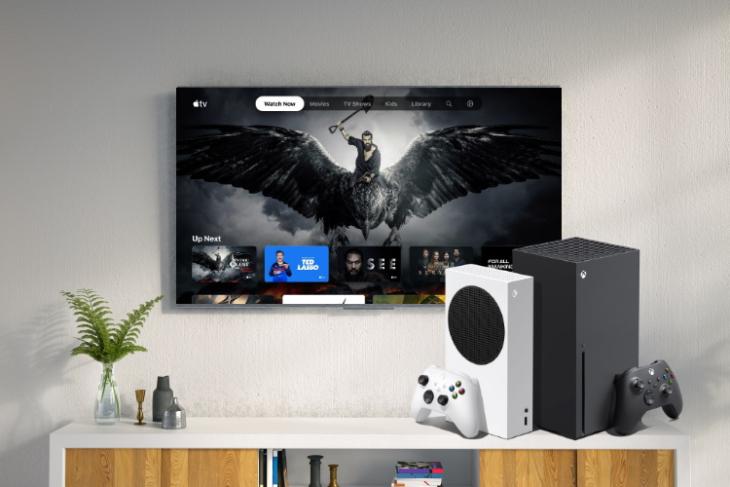 Apple now has a streaming service of its own. To reach the maximum audience, Apple is finally opening up to the idea of making its apps available on even more third-party platforms. And with regards to this, the Apple TV app is coming to Xbox Series X and Series S on launch day, i.e 10th November.

In an official blog post, it has been revealed that the Apple TV app is coming to Xbox One, Xbox Series X, and Xbox Series S consoles. This will give users access to Apple TV+ original TV shows and movies (I’m looking forward to the Tom Holland-starrer Cherry). You can also watch Apple TV channels, such as HBO, Showtime, and others, from the said app.

Also, if you haven’t heard, the Apple TV app will also be available on the new PS5 (or PlayStation 5) on launch day – 12th November. It has been missing on both consoles since the service’s launch last year.

Further, the Xbox team adds that the new Xbox Series X and Series S support Dolby Vision and Dolby Atmos, which will work with apps like Netflix, Disney+, and Vudu. Apple TV+ subscription, which starts at $4.99 and supports up to 6 family members, can be bought straight from the Xbox console.