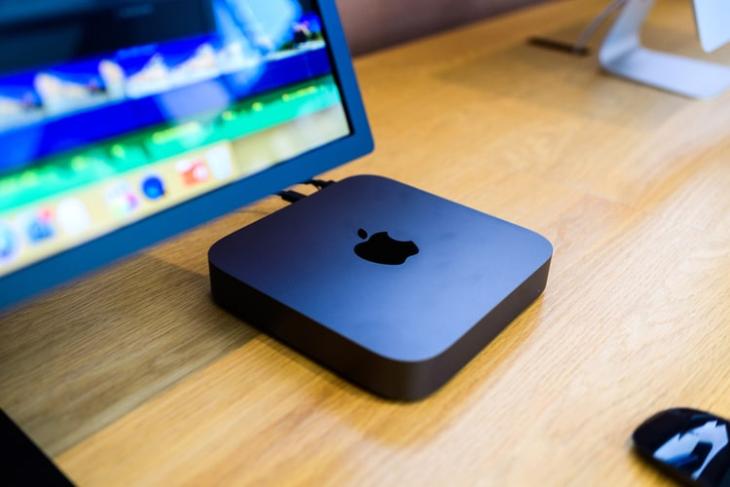 Besides revealing the iPhone SE 3, the new iPad Air, a few Macs, and probably its long-rumored AR Glass during tomorrow’s “Peek Performance” Spring event, Bloomberg’s Mark Gurman reports that Apple could also preview an external monitor and launch a new Mac mini model. Let’s take a look at the details.

In his latest Power On newsletter, reputable Apple analyst and Bloomberg reporter Mark Gurman stated that Apple has “completed work on it [the display] months ago,” and is now ready to launch it in the market. Apple’s alleged external monitor could come with an Apple A13 chip inside.

The company was reportedly working on a 7K Studio display for the past few months and is looking to replace the Pro Display XDR in its product line launched back in 2019, which has been one of the best professional-grade external displays in the market, despite its $4,999 starting price.

“I also wouldn’t rule out Apple previewing its next-generation external display. I’m told Apple actually completed work on it months ago, and the device was due to launch soon after last year’s MacBook Pro. Apple’s last in-house monitor came in 2019 alongside the Intel Mac Pro. A monitor would also explain the “peek” spelling,” Gurman wrote.

Other than this, Gurman also cited a developer source, mentioning that Apple has been testing multiple Mac devices with a new chip that includes an 8-core CPU and a 10-core GPU, which matches the specs of the rumored M2 chipset. Furthermore, he is reportedly told that a new Mac mini with this new chip is “ready to go.” The new Mac mini could pack either the M2 chipset or last year’s M1 Pro. An iMac Pro or Mac Pro model is also expected to join the event.

However, it is noted that Apple will launch the next batch of Mac devices like a new iMac Pro or an entry-level MacBook Pro in the following months, presumably May or June.“Apple has been testing this new chip on machines running macOS 12.3 (which should be released in the next week or two and run on the new Macs) and a future macOS 12.4, as well as macOS 13, which will be previewed in June at WWDC 2022,” stated Gurman.

Hence, there are chances that we might not be seeing a lot of Macs at tomorrow’s Spring event. That said, we can expect at least one Mac model with the new Apple Silicon tomorrow.

But, we can surely expect a slew of Apple products that will be unveiled by the company at its first event of this year. Also, stay tuned to get the latest updates as we will be covering the event live.

What to Expect from the Apple Spring Event 2022