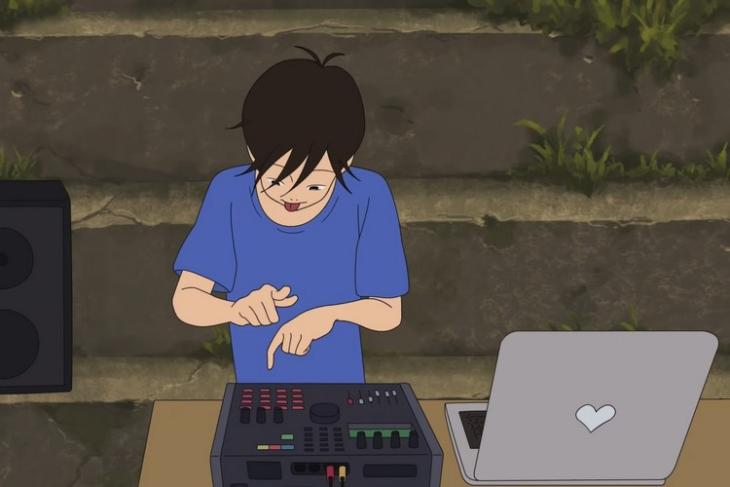 Apple is a company that likes to keep its promotional game top-notch (pun intended). The company’s “Behind the Mac” ad campaign is all about the Mac and its usage in the professional industry, especially the music industry. However, a recent ad by Apple Japan on their YouTube channel shows anime characters who are behind the Mac.

The video (below) was published on 27th Feb by the channel and it promotes Apple’s “Behind the Mac” campaign, but in a different way…well let’s say in a “Japanese” way. As Japan and anime are synonymous, the 30-second ad shows different representations of the Mac in various anime shows. It also adds representations of the company’s popular AirPods and earlier versions of the earbuds in some scenes.

Now, most of these cartoons show the design of the Mac, but, they do not show the Apple logo, well not entirely. Some of the clips in the ad show the Apple logo as a heart symbol, some show it with two bite marks instead of one and some even change the fruit to a pear. However, it is quite easy to identify the machines as they represent the exact same design language as the Mac.

The ad features clips from anime shows like New Game, Weathering With You, Mr Osomatsu, The Wonderland and some more. The background song is sung by singer/songwriter Yoshiho Nakamura and is titled “I am the main character”. However, we have no clue about the lyrics of the song.

In the description of the video, a link is present that will take you to the official Japanese website of the Cupertino-based tech giant. The webpage carries a similar animated theme and promotes the Mac and the iPhone for students.