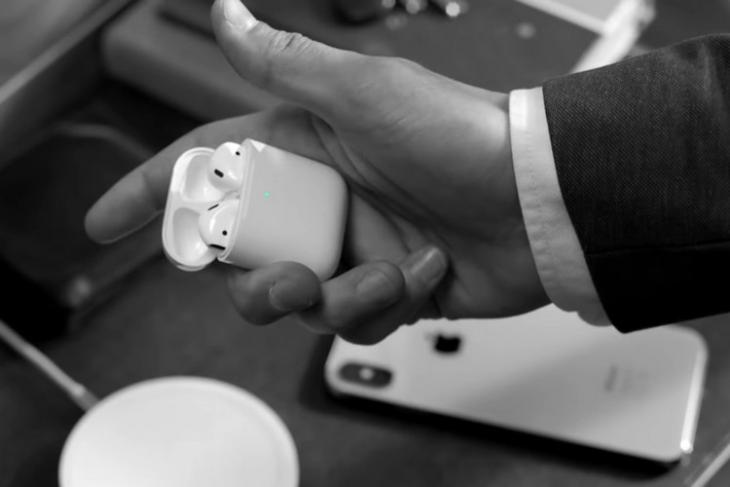 We all know Apple makes some of the best advertisements to promote their products in the market. We have seen the company make creative ads like the anime version of “Behind the Mac” and the 5-hour video to showcase the iPhone’s camera capabilities. Now, an AirPods commercial of the company took the honors in the 99th annual ADC award.

The Art Director’s Club award is an award given by “The One Club“, which is a non-profit organisation of creative individuals. The organisation exists to support and honor the success of global creative communities. The ADC award is one of the highest honors for advertisements among the community of media houses.

Apple’s commercial (below), named “Bounce”, recently won the “Best of Discipline” award from “The One Club”. The commercial also bagged two Gold Cube awards in the “Craft in Video” and direction category.

The “Bounce” ad came in June 2019 and it showcases the AirPods with the wireless charging case. The commercial follows a man who puts on his AirPods after taking it off from a wireless charger. Then he goes on to bounce off of walls and manholes around town depicting the immersive sound of the AirPods.

The advertisement was created by TBWA/Media Arts Lab, the same media house that created the two Emmy-nominated ads for Apple. The One Club website also has a behind the scenes video of the ad that shows how the team filmed it in the first place.