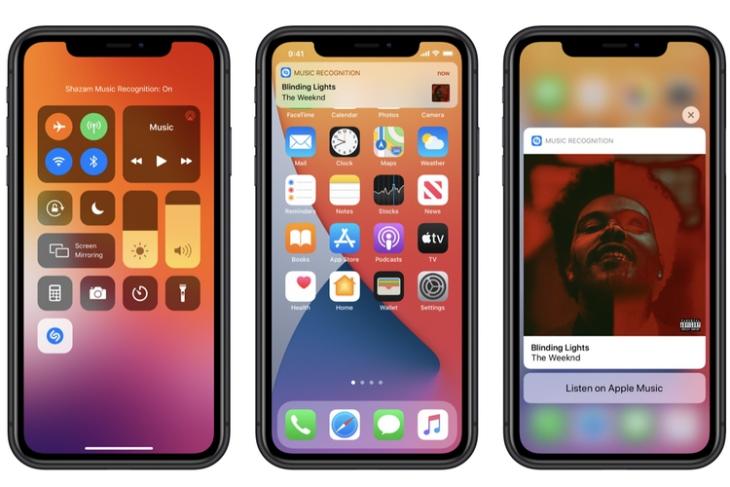 With the latest iOS 14.2 beta, Apple has deeply integrated music recognition service Shazam into iOS with a dedicated toggle in Control Center. The Cupertino giant had acquired Shazam back in 2017.

If you’ve updated to iOS 14.2 beta, you can enable the feature by adding the Shazam toggle to Control Center from Settings. To do so, open Settings -> Control Center, and choose Shazam. Once you’ve added it, you can easily tap on the button in Control Center to toggle Shazam on or off. When it detects songs, there will be a ‘Listen on Apple Music’ button to play them if you have an active Apple Music subscription.

Shazam is arguably the best music recognition software out there in terms of detection accuracy. Apple’s move to add it right to the Control Center will help users quickly access the service. In case you didn’t know, Shazam will detect songs from both internal and external audio sources.

Until now, Shazam users on iPhones had to either use Siri or open the Shazam app to identify songs. We could expect Apple to add the Control Center integration to the stable version in a future update.

In other Shazam-related news, the app gained support for iOS 14‘s Picture in Picture with the latest 13.25 update. You can now use access Shazam in PiP mode to identify songs on the fly. The developers also recommend setting a Back Tap shortcut for quickly accessing Shazam. This way, you can access Shazam by simply tapping twice or thrice at the back of your iPhone.