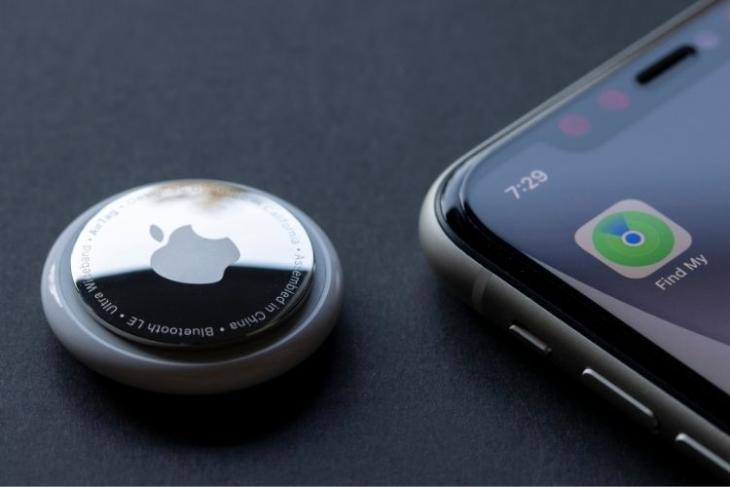 Apple’s Bluetooth-based tracking device AirTag might be a nifty device for users to track and find items, but it has raised several privacy concerns ever since its launch. It has been suspected that the device, apart from finding lost things, can access users’ location without them knowing, thus, causing security issues. To sort this out, Apple has released an Android app that can detect unknown AirTags near users to protect their privacy.

The new Tracker Detect app, which was recently confirmed to be made available on the Google Play Store, can be used by people to detect unknown AirTags that may be around them. These can either be lost or intentionally placed to track them.

With the Tracker Detect app, Android users can now detect a nearby AirTag that may be tracking their locations without them knowing about it. Apple says it could take up to 15 minutes for the tracker to show up on the app it is separated from its original owner. Other than AirTags, the Android app can also detect any trackers that are compatible with Apple’s Find My network.

“Tracker Detect looks for item trackers that are separated from their owner and that are compatible with Apple’s Find My network. These item trackers include AirTag and compatible devices from other companies. If you think someone is using AirTag or another device to track your location, you can scan to try to find it,” reads the app’s description.

Once a tracker is detected, Apple will mark it as an “Unknown AirTag” in the Android app. The Tracker Detect app will then provide you detailed instructions on how to remove the battery of an AirTag device to disable its tracking capabilities. Furthermore, if users think their privacy is at stake, Apple advises them to inform law enforcement.

“AirTag provides industry-leading privacy and security features and today we are extending new capabilities to Android devices. Tracker Detect gives Android users the ability to scan for an AirTag or supported Find My enabled item trackers that might be traveling with them without their knowledge. We are raising the bar on privacy for our users and the industry, and hope others will follow,” a spokesperson from the company said in a statement.

While people have commended Apple for releasing an Android app like this, the user reviews on the Play Store have criticized the fact that users need to open up the app and start the detection process to find an unknown AirTag. Some users suggested that the detection should be automatic and there shouldn’t be a need for users to launch the app for the process.

Nonetheless, it could possibly get more functionalities in the future for further ease of usage. If you are an Android user and deem this app important, you can get the Tracker Detect app from the Play Store right now. One thing to note is that AirTags still work only with iPhones and this functionality is only for Android users to detect nearby AirTags that have been lost or are being used to snoop on them. Also, let us know your thoughts on the app in the comments below.