Skip to content
Home News This YouTuber Sent an AirTag to Tim Cook; Got a Letter From Apple 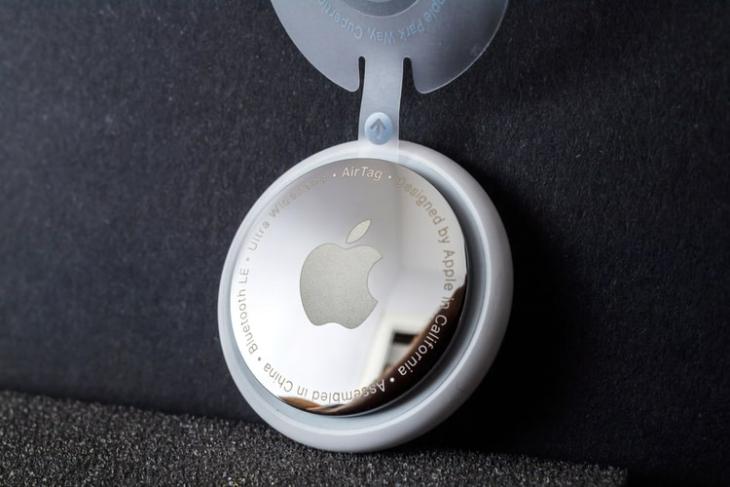 After Apple launched its nifty Bluetooth-based tracking device AirTag, we have seen users carry out experiments to test its tracking capabilities. Similarly, a YouTuber recently set out to test the overseas tracking capabilities of the tracker and sent three AirTags to different locations. Amongst them, the guy sent an AirTag to Apple’s CEO Tim Cook himself, and he received an official letter from the Cupertino giant.

The tracking experiment was carried out by a German YouTuber called MegaLag. Back in June, the guy sent out three AirTag devices halfway across the globe via shipping companies. He sent one to the German embassy in North Korea, one to Elon Musk’s SpaceX headquarters, and the third one to Tim Cook at Apple Park in San Francisco, California.

MegaLag says that after Apple released the AirTag, he wanted to test whether the device can be tracked via Apple’s Find My network if it gets lost overseas. He initially planned to send an AirTag to a friend living in the States. However, he later came up with the idea of sending three AirTags to the respective locations.

Now, the AirTag which he sent to Elon Musk at the SpaceX headquarters in Hawthorn, California, reached its destination alright but was dumped after being kept at the facility for some time. On the other hand, the one that MegaLag sent to Tim Cook, surprisingly came back to him. Along with it, the guy also received a letter from one of Tim Cook’s assistants, praising him for his ingenious experiment.

“Thank you for sharing about your project for Apple AirTags. We’re delighted to hear about creative uses for the AirTags and how they can improve our customers’ lives,” read the letter.

“As you can imagine, Mr. Cook receives hundreds of letters each month from customers like yourself. Unfortunately, he is unable to respond to every request. But we hope you continue to enjoy your AirTag as it returns from its unique journey across the world,” it further added.

Now, it is important to mention that MegaLag used DHL to send all three of the AirTag parcels to their destinations. So, he turned on SMS/ email notifications for all the parcels to compare the tracking. Now, on one hand, he was receiving constant updates from his AirTags on his Find My app, and on the other hand, DHL was sending him tracking notifications for his AirTags. To his surprise, while the AirTags delivered him the correct locations, DHL sometimes messed up with the tracking notifications.

Those who are wondering what happened to the AirTag that MegaLag sent to North Korea, well, it got stuck at Frankfurt Airport for some reason, and stayed there, even when the other two reached their destinations.

The YouTuber documented his experience in two videos on his channel. You can check out the first part right below.