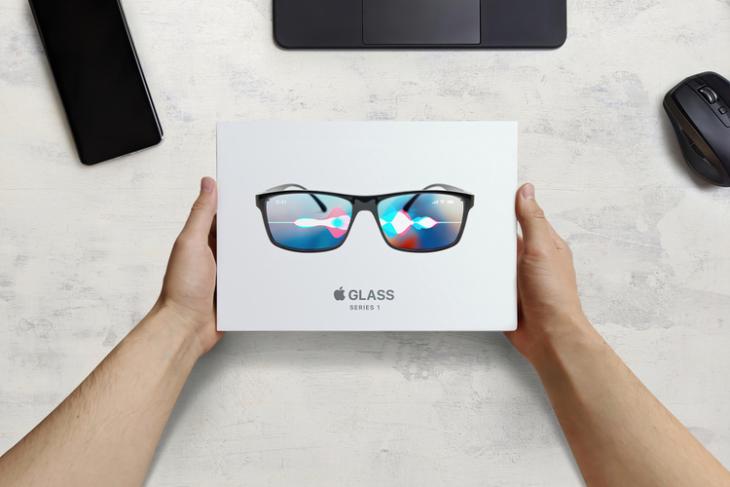 We have been hearing rumors and developments about the Apple AR Glass for quite a long time now. However, we haven’t seen the Cupertino giant mention it anywhere at its events or on online platforms. Nonetheless, as Apple files patents for various tech on which they are working, we now have a patent that suggests that the iPhone maker is working to give its AR-powered wearable Face-ID-like capabilities.

The Patent, “Monitoring a user of a head-wearable electronic device”, hints at a technology that Apple might integrate into their upcoming wearable device. This tech will enable an Apple Glass user to interact with their iPhones using head gestures, instead of touching or through voice.

“[Current device control] often requires the user to interact with the sensing components actively, such as via touch or speech,” reads the patent. So, Apple wants to replace these fundamental ways of interacting with iPhones or any of its mobile devices with gestures and light-pattern detection.

How? The Answer Is ‘Light Sensors’

The said patent suggests that an Apple Glass or any head-mounted wearable device should be able to monitor the head movements and expressions of a user and then transmit that to the iPhone. For this, the wearable device needs to have the necessary sensors to 3D-map the user’s face and head.

So, to enable this tech on wearable devices, Apple says that wearable devices such as “headphones… a mask… earmuffs or any combination thereof,” can pack light sensors. These sensors will then “detect light reflected by and/or transmitted through a portion of the user’s head, e.g. using photoplethysmography (PPG).”

The patent also says that these light sensors be placed at different points on the wearable device. And “due to such positioning, the sensor data from the light sensors can capture the movement of anatomical features in the tissue of the head of the user and can be used to determine any suitable gestures of the user.”

So, with this tech integrated into the Apple Glass, users will be able to control their mobile devices just by nodding or shaking their heads. The light sensors in the wearable will detect these movements and expressions and transmit them to the mobile device to trigger various actions on it.

The idea is pretty nifty. However, as this is Apple we are talking about, I don’t see this tech making its way to final consumer-products just yet. Nonetheless, it is always good to see Apple working on new technology for its next big product.