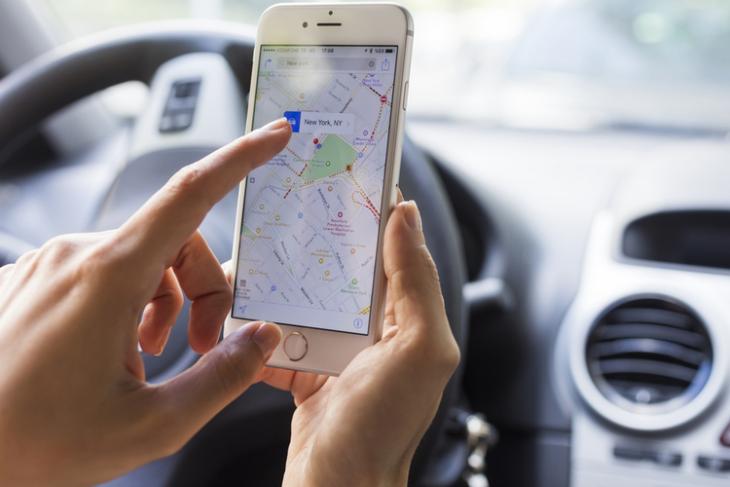 With virtual, augment and mixed reality expected to be the next big battleground for tech companies and consumer electronics firms, Apple is jumping on the bandwagon headlong, even though it has been slightly late to the party compared to some of its peers, like Google, Facebook or Microsoft.

However, now that the Cupertino giant is getting into the field, it’s seemingly going all-in, and having acquired Akonia Holographics late last month, the company is now looking to hire a number of engineers (both software and hardware) with AR-related expertise to bring the emerging technology into its products and services.

Following in Google’s footsteps, the company is expected to add augmented reality to Apple Maps first and foremost, given that the posting for an ‘iOS/macOS Engineer’ says that applicants need to be ‘Familiar with Maps and Core Location APIs’ and ‘Familiar with Augmented Reality APIs’. 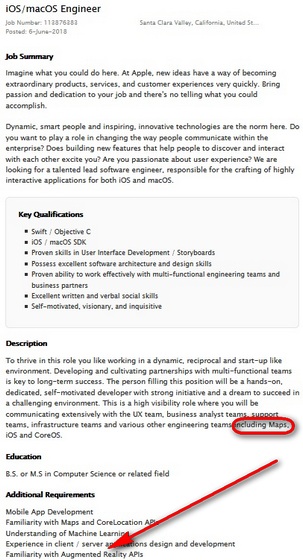 Most of the above jobs were posted last month, between August 11 and August 22, with the exception of the last one, which was posted back in June. The new recruits are expected to work out of Santa Clara, California.

Apple has often been rumored to be working on Augmented Reality, and the latest developments – the job listings and the Akonia acquisition – are further proof that the company is, indeed, working hard to make up for lost time.

While there’s no concrete info about how close the company is to releasing a consumer product with AR integration, the latest development suggests that it is fully committed to the technology, and is very likely well on its way to designing something that might finally bring the technology to mainstream consumers.

While it may still take a while for Apple to release AR hardware, the company last year introduced ARKit, an Application Programming Interface (API) that is somewhat similar to Google’s ARCore insomuch as it lets third-party developers built Augmented Reality apps for mobile devices. Since the API was made available last year, millions of ARKit apps have been downloaded from the App Store, and that number is only likely to increase exponentially going forward.