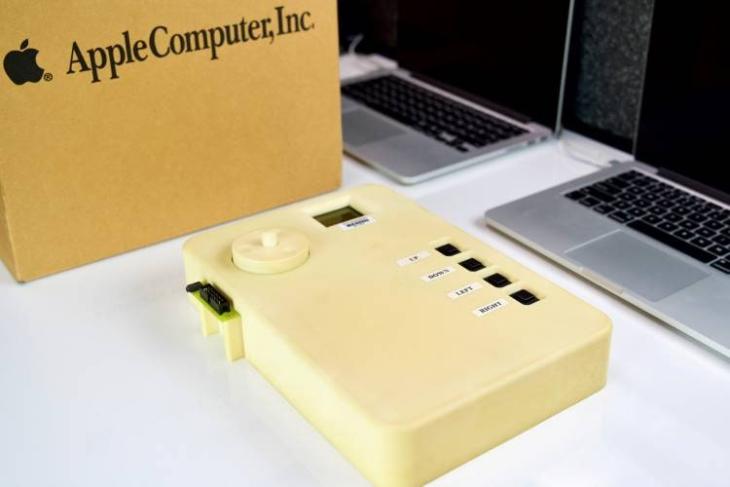 Apple has been developing products since the earliest days of computer history and has come up with various revolutionary products over the past three decades. One of these revolutionary products is the iPod that changed how we listen to music on the go. The device recently completed its 20th anniversary, and as part of the occasion, an early prototype of the first-generation iPod surfaced online. And well, it looks nothing like the original iPod.

The device, dubbed as the P68/ Dulcimer, is an early prototype of the original iPod that debuted way back in October 2001. So, on the day of its 20th anniversary earlier last week, Panic shared various images of the product in a blog post. And later, Tony Fadell, who invented the iPod under the leadership of Steve Jobs, confirmed that it is indeed an early prototype of the original iPod via a tweet. You can check out Fadell’s tweet right below.

Fadell says that he and his team put together the P68/Dulcimer prototype before the original form factor of the original iPod was ready. It was designed to look different from the iPod for confidentiality purposes. Well, Apple is known to hide its products, even from its internal engineers, ahead of the official launch. It is pretty secretive when it comes to its unreleased products. So, the company had developed this prototype to keep the original design of the iPod from leakers. In fact, Apple developed a special iPod for the Department of Energy back in 2005, about which only four company executives knew.

Coming to the design of the P68 device, it looks like a large pager rather than an iPod. It is almost 10 times larger than the original iPod, comes with a vibrant yellow casing, a tiny screen, some control buttons, and even a click wheel. However, as Fadell mentioned in his tweet, although the click wheel worked, it did “poorly”.

Opening up the device, there are not many components fitted inside it. Fadell says that “it was mostly air inside” the device, and only a few components and wires for the display and the buttons. However, it is worth mentioning the prototype device was assembled “very quickly” before the launch of the first iPod, as per Fadell.

Now, I personally do not think that anyone in the market has ever used the P68/ Dulcimer to listen to music. However, it is interesting to see to what lengths Apple would go to hype their products and hide them from the world before the official release. So, what do you think about the P68 iPod prototype? Would you have bought the iPod if it came in this form factor instead of the design that we know and love? Let us know your thoughts in the comments below.