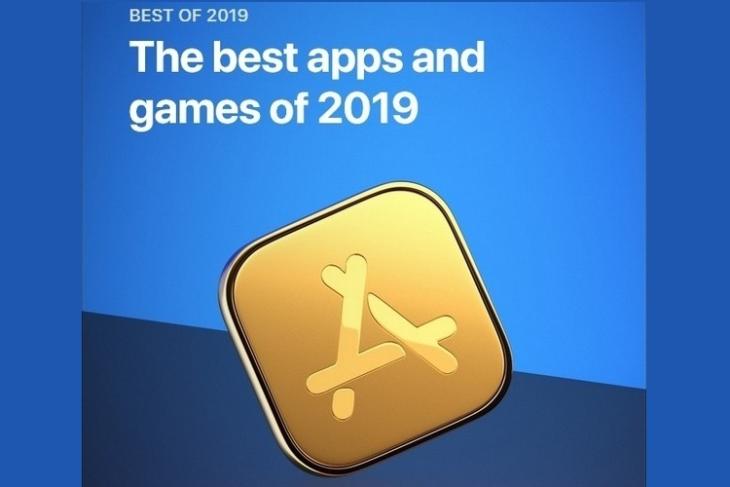 Apple has announced its lists of the best apps and games on its platforms in 2019. On the iPhone, the company picked an AI-based photography app, while a sketching app took the honors on the iPad. A professional publishing software, meanwhile, came out on top on macOS. The company also announced winners on Apple Arcade and Apple TV.

‘Spectre Camera’ uses AI to enable users to snap long exposure photographs. It claims to be able to remove crowds, turn city streets into rivers of light, make waterfalls look like paintings and much more. The app comes with a price-tag of Rs. 249, and is currently the number 1 Photo and Video app on the platform. Check out Spectre Camera on the App Store.

iPhone Game of the Year – Sky: Children of the Light

iPad App of the Year –  Flow by Moleskine

‘Flow’ brings back the legendary Moleskine notebook experience to iOS, offering an all-new way to create simple drawings, complex works of art and beautiful notes on your iPad and iPhone. It offers a free 7-day trial, but requires a paid subscription to use thereafter. Check out Flow by Moleskin on your iPad.

‘Hyper Light Drifter’ is an action adventure RPG in the vein of the best 16-bit classics, with modernized mechanics and designs on a much grander scale. The game allows you to explore a beautiful, vast and ruined world riddled with dangers and lost technologies. It costs Rs. 399 to buy. Check out Hyper Light Drifter on the App Store.

Affinity Publisher is an advanced, professional publishing software from the developers of the award-winning Affinity Designer and Affinity Photo apps. It enables users to combine their images, graphics and text to make beautiful layouts ready for publication in magazines, books, brochures, posters, reports and more. You can buy it for Rs. 2,699. Check out Affinity Publisher on your Mac.

Mac Game of the Year – GRIS

Gris is a hopeful young girl lost in her own world, dealing with a painful experience in her life. Her journey through sorrow is manifested in her dress, which grants new abilities to better navigate her faded reality. As the story unfolds, Gris will grow emotionally and see her world in a different way, revealing new paths to explore using her new abilities. GRIS is a serene and evocative experience, free of danger, frustration or death. It costs Rs. 399. Check out GRIS on your Mac right now.

Apple also announced the best apps and games on its TV and game-streaming platforms. On Apple TV, an Earth exploration app called The Explorers emerged on top in the app category, while the remake of a 1980s’ classic called Wonder Boy: The Dragon’s Trap was selected as the game of the year.

Finally, a neon-filled fantasy arcade game called ‘Sayonara Wild Hearts‘ was judged to be the best title on Apple Arcade this year. It’s all about “riding motorcycles, skateboarding, dance battling, shooting lasers, wielding swords, and breaking hearts at 200 mph”, according to the developers.

Apple says that the winning apps and games were picked by its App Store editors from around the world after combing through new releases to find those that were “the most beautiful, culturally interesting and fun”. The winning entries “stopped us in our tracks. They helped us create, encouraged us to explore and unleashed new ways of working, playing and doodling”, said the company.