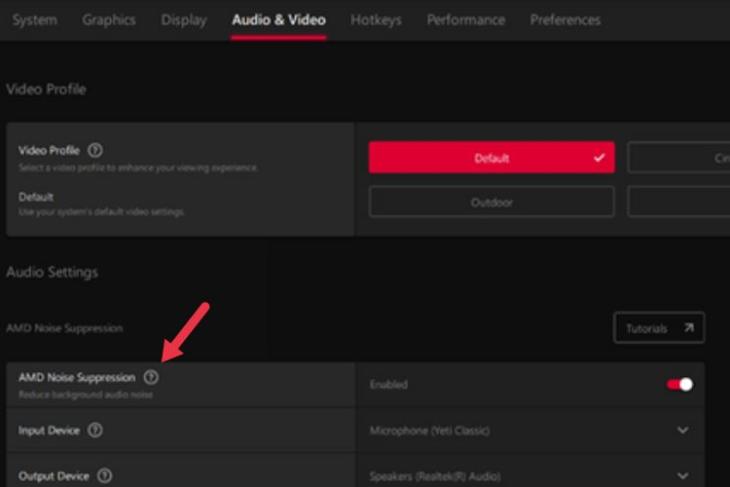 AMD has finally released its much-anticipated Noise Suppression software with the new Adrenalin edition 22.7.1 driver update. This is the same software that was leaked via a trailer on AMD’s YouTube channel last week. This feature is essentially a way to reduce background noise using a real-time deep learning algorithm and is seen by many to be a direct competitor to NVIDIA’s RTX voice (now RTX broadcast), which was released to rave reviews a few years ago.

The reason why many see this as a competitor to NVIDIA’s RTX broadcast is because of the fact that it works in a very similar manner to NVIDIA’s offering. AMD Noise Suppression is fundamentally a way for you to reduce background noise from your environment when you’re on a call with someone or when you are in a large game lobby.

The AMD Noise Suppression feature in the latest Adrenalin edition software is accessible from the “Audio & Video” tab under the Settings, where you can choose to enable it on both your input and output devices. However, AMD has stated that for you to take advantage of this feature, you will need at least a Ryzen 5000 series processor or an AMD 6000 series GPU.

Last but not least, AMD has also announced that its Radeon Super Resolution (RSR) feature will now be supported on their RX 5000 and 6000 graphics card found inside AMD Ryzen notebooks. The RSR option can be found in AMD’s adrenaline software and is also now compatible with the borderless full-screen option.