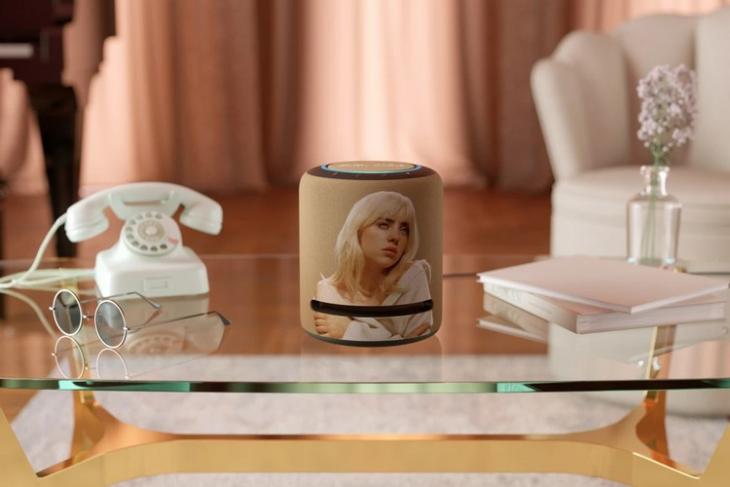 While Amazon prepares to launch new Echo speakers at its upcoming hardware event, the company has partnered with the uber-popular pop star Billie Eilish to announce a limited-edition Echo Studio in the meantime. This Echo Studio speaker is a part of the promotional campaign of Eilish’s latest studio album “Happier Than Ever” and has the pop star’s face imprinted on its body.

So as you can imagine, the latest limited-edition Echo Studio is a great catch for those die-hard Billie Eilish fans. Moreover, it comes with six months of Amazon Music Unlimited subscription to listen to Eilish’s latest songs in an ad-free environment. Plus, it will also come with “special Billie Eilish alarms,” presumably as part of a future update.

“My new limited-edition Echo Studio is available for pre-order now. I can’t wait for my cutie fans to be able to listen to my new album Happier Than Ever in spatial audio, available on Amazon Music Unlimited,” said Eilish, as per Amazon.

Now, this is not the first Amazon smart speaker to come with custom imprints. The e-commerce giant previously released the Amazon Echo devices for kids that came with Panda and Tiger imprints on them. However, it is the first time that Amazon has partnered with a celebrity to release a special edition smart speaker in the market.

Coming to the price of the Billie Eilish limited-edition Echo Studio, the device will sell for $229 (~Rs 16,865), which is $30 (~Rs 2,209) more than the standard Echo Studio priced at $199 (~Rs 14,655). However, if you are an Eilish fan, I’m sure you wouldn’t mind paying the extra bucks. As for availability, Amazon is currently taking pre-orders for the device on its platform. The company will start shipping the orders starting from October.