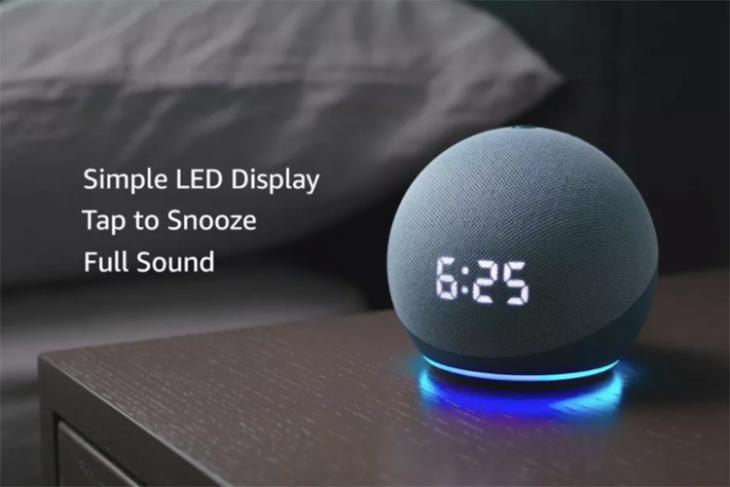 At its fall hardware event today, Amazon has unveiled the latest improvements it has made to its smallest, probably most popular smart speaker — the Echo Dot. The Echo Dot has been redesigned completely, so much so that it’s no longer a dot, it’s a sphere.

The new Echo Dot comes in an orb-like design that matches that of the also redesigned Echo speaker, which is also an orb now, albeit bigger. There’s still the fabric covering all around the new Echo Dot, and Amazon is offering it in two variants.

For $49.99, you get a regular Echo Dot with a fabric cover all around it, and a rather pretty looking Alexa-light near the base. Add another $10 to it and you get an Echo Dot with a clock shining through its fabric cover. This is pretty much the same concept as last year’s Echo Dot which added a clock in the fabric cover, but now it looks better, at least to me.

Also announced is an Echo Dot Kids edition that comes with cute animal face designs on them for the price of the Echo Dot with Clock ($59.99). I’m not certain how many designs Amazon has created for the Echo Dot Kids edition, but the promotional image shows a tiger and a panda at the very least and honestly, I’d rather buy these instead of the regular Echo Dot; they look really cute.

The new Echo Dot is available for preorder today and will begin shipping from October 22. The Echo Dot with clock will ship November 5th, and the Kids edition will ship December 9th.

The new 4th-gen Echo Dot is priced at ₹4,499 in India and will begin shipping October 26.

On the other hand, the new Echo Dot with Clock is priced at ₹5,499. Amazon hasn’t announced a shipping date for this variant of the Echo Dot yet but we will update you as we learn more.