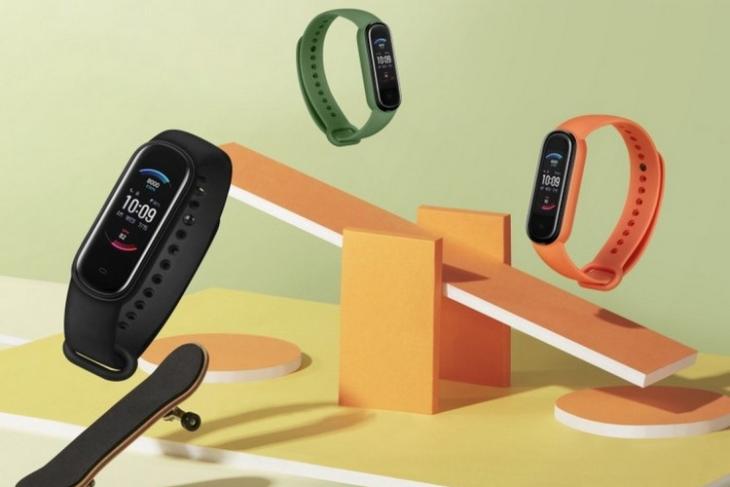 Huami has announced a new affordable fitness tracker called the ‘Amazfit Band 5‘. It feels like a slightly upgraded version of the Mi Band 5 announced by Xiaomi earlier this year. It comes with much the same hardware components and software features as the Xiaomi device, but adds a couple of notable features. The Amazfit Band 5 comes with an SpO2 sensor and Amazon Alexa support, both of which are absent in the Mi Band 5.

Apart from the added SpO2 sensor and support for Alexa voice commands, the rest of the tech specs on the Amazfit Band 5 are identical to that of the Mi Band 5. It gets the same 1.1-inch AMOLED screen with a 294×196 pixel resolution and comes with 45 different watch faces. The device also offers heart rate monitoring, sleep-tracking, menstrual cycle tracking, stress monitoring, breathing exercises and more.

The Amazfit Band 5 also comes with 11 sports modes and ships with a 125mAh battery that Huami claims can last up to 15 days on a single charge. It also features 5 ATM water resistance and Bluetooth music control. There’s no word, however, on whether it will also have NFC support like the Mi Band 5.

The Amazfit Band 5 will be available in the US starting September 21 at $45 (~Rs. 3,300). There’s no word on whether Huami is planning to bring it to India or other global markets, although, the Mi Band 5 is set to launch in the country on September 29. So are you hoping that Huami launches the Amazfit Band 5 in India? Or are you looking forward to the Mi Band 5 instead? Let us know in the comments down below.