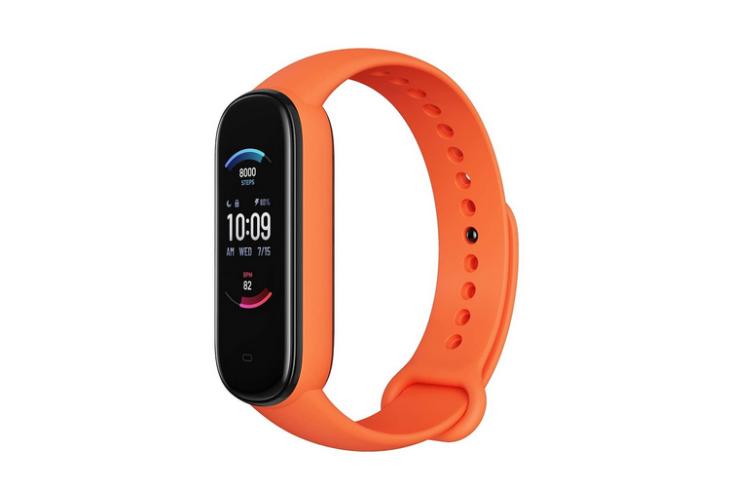 Amazon has listed the Amazfit Band 5 on its US website, revealing most of its key features and tech specs. As it turns out, the device is largely a Mi Band 5 with built-in Amazon Alexa and advanced health tracking. According to the Amazon listing page, the Alexa integration will enable users to ask questions, get translations, set alarms, create shopping lists, check the weather and control smart home devices.

As far as health-tracking options are concerned, the Amazfit Band 5 comes with a built-in blood oxygen monitor that will enable users to measure the oxygen saturation level (SpO2) in their blood. It also comes with a 24×7 heart rate monitor, sleep tracker and step counter. The sensors will be able to track, in real-time, steps taken, distance traveled, calories burned, and sleeping patterns.

Finally, the band also comes with a period tracking technology that can record and predict women’s menstrual cycles and and send notification reminders to the user. The band also supports 11 sports modes that include swim tracking as well. It comes with a 5ATM certification that denotes water resistance of up to 50 meters.

Hardware features include a touchscreen HD AMOLED display and a lithium polymer battery that the company says can offer up to 15 days of use on a single charge. However, that is likely without 24×7 tracking and with the ‘Always-on’ display option off. The device is reportedly launching on September 30 and is currently listed as ‘Unavailable’. However, according to GizmoChina, it was recently up for pre-order with a $50 (~Rs. 3,700) price-tag.