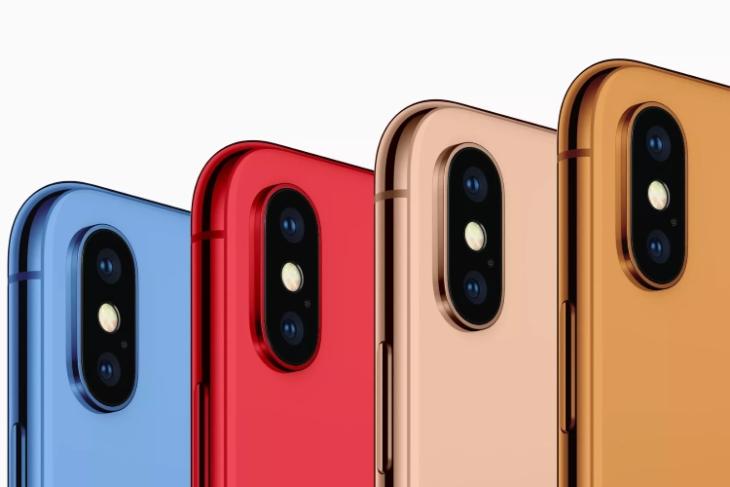 Apple is expected to unveil its next-gen iPhones this week, and various leaks over the past several months have already revealed quite a bit about them. Now, with just hours to go before the official announcement, a leak out of China has seemingly revealed the names and pricing of the iPhone XC, iPhone XS and the iPhone XS Max.

The new info, which comes in the form of a leaked presentation slide from Chinese telecom operator, China Mobile, was posted on Weibo and was first spotted by Japanese tech blog, Macotakara. 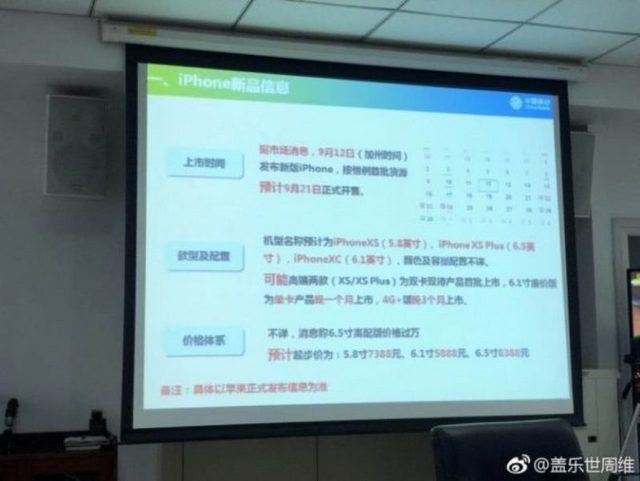 Apple is also expected to launch a cheaper 6.1-inch LCD model, which is rumored to be called the ‘iPhone XC’, and it will apparently cost 5888 yuan ($855 / Rs 62,000) in China. All three models will reportedly go on sale in China on September 21, but there’s no word just yet on when they will come to India. The leak, meanwhile, also reportedly confirms earlier rumors that the iPhone XS duo will get dual-SIM versions, but they will be launched at a later date.

Unlike last year, all the iPhone models will feature a similar design and functionality this year, which means they will come with a notch, Face ID, and gesture navigation. All the devices are also expected to be powered by Apple’s new A12 chip, and will reportedly be offered in 64GB and 256GB storage variants, while the iPhone XS series is also expected to come in a 512GB storage version.

Apart from their display panels, the main difference between the three phones will be in the camera department. While the iPhone XS series is said to pack a dual 12MP rear camera module, the iPhone XC is said to feature a single rear camera.