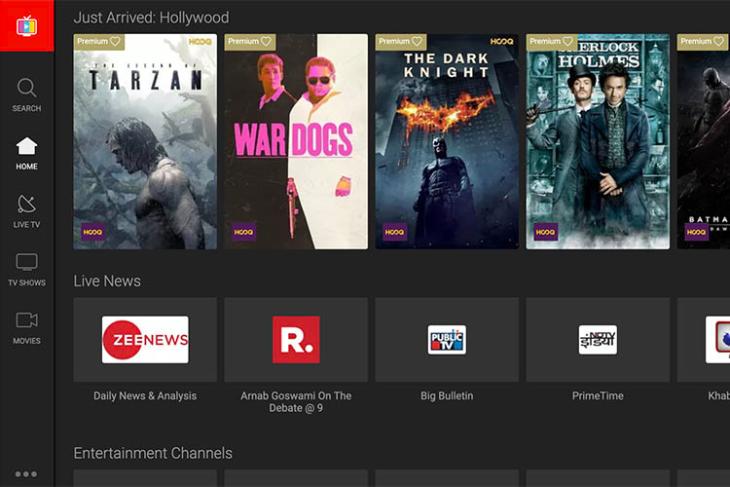 Of all the telecom providers in India, Airtel’s TV service probably has the biggest collection of Video on Demand titles for its users, and now, Airtel TV is coming to the web as well, so both prepaid and postpaid Airtel users no longer need to access Airtel TV via the mobile app, which is just awesome.

Airtel TV claims that it offers up to 115 live channels on its web platform, and users can access their favorite Airtel TV content directly on the web.

All you need to do in order to use Airtel TV on the web, is head over to this website. You can then log in with your Airtel phone number, type in the OTP as the password and viola! you now have access to Airtel TV on the web. Plus, if you’re a premium subscriber, this means you can watch your favorite movies like Sherlock Holmes and The Dark Knight on the web now, instead of having to depend on the smartphone app.

Other than that Airtel TV has a pretty nice selection of movies and TV shows that you can get access to by simply signing up with your phone number, so what are you waiting for? Go ahead, head over to the Airtel TV website, and start watching your favorite TV shows, movies, and even Live TV online.