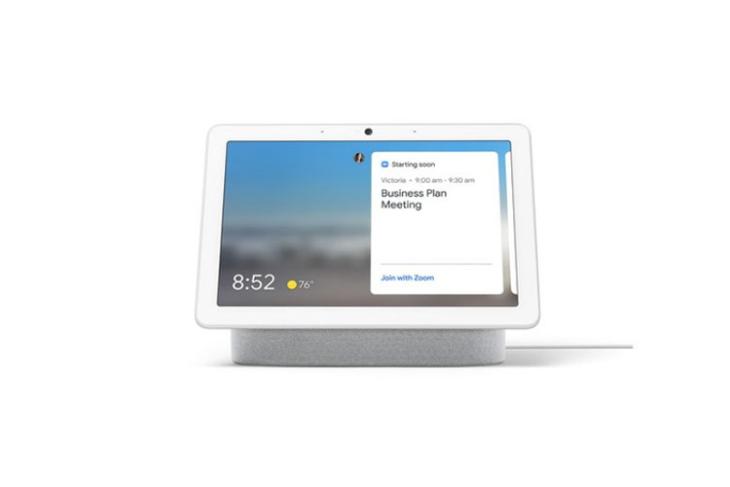 Video conferencing app Zoom has announced that the app will soon be available on smart displays. The company is working on bringing the video meeting software to popular devices from the likes of Google, Amazon, and Facebook.

Of those devices, Zoom will first be available on Portal devices. The company is aiming for a September availability window on the Facebook smart displays. Portals will have the advantage of using their smart camera to track you as you move around in the meeting. Moreover, you will get whiteboard capabilities as well.

On Echo devices, Zoom is coming first to the Echo Show 8, and will roll out to other Echo Show devices in the US later on.

Also on Assistant and Echo devices, you will be able to simply say “Hey Google (or Alexa), join my next meeting”. If you have your calendar connected to the device, your Nest Hub Max or Echo Show 8 will automatically join you into the meeting without requiring you to enter a meeting ID or passcode.