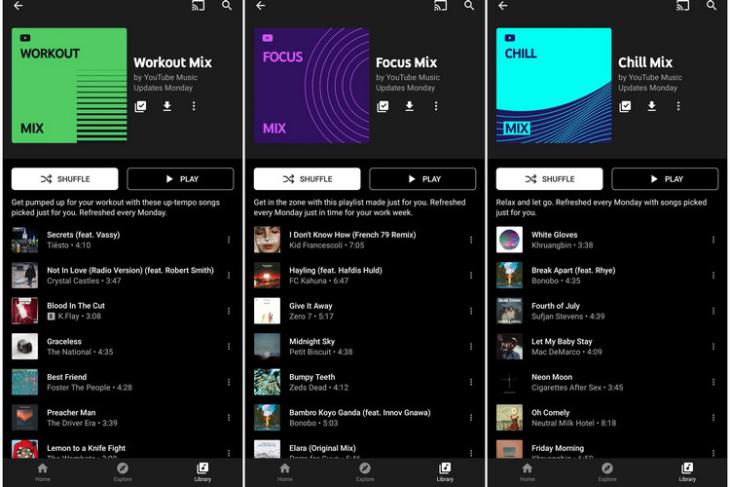 A few weeks after they were first spotted in the wild, YouTube Music’s new set of personalized playlists are finally rolling out to some users. They include Chill Mix, Energy Mix, Focus Mix and Workout Mix. All the new playlists are algorithmically-generated based on the user’s listening habits and, refresh every Monday. They were first spotted by Redditor, u/Iordbrack, who originally reported about the Chill Mix playlist back in 2019.

Interestingly, none of these new playlists seem to be appearing automatically in most people’s accounts. However, they are working for most users if added to the library through specific links. So if you’re a YouTube Music subscriber, you can add the new playlists to your library via the links above. In case they’re still not accessible on your account, you can always check out the screenshots above.

The new playlists come almost a year after the service added the three other playlists called the Discover Mix, New Release Mix and Your Mix. These were reportedly showing up for some users almost throughout 2019. However, Google only made them official towards the end of the year. It will be interesting to see how long it takes for the four new playlists to be available for all users around the world.

YouTube Music has been rolling out a series of changes ahead of the planned deprecation of Google Play Music. A recent update to the app added the ability to transfer content from Google Play Music over to YouTube Music, while an earlier update had added a new library organization system that made it easier to find specific artistes or tracks.