Skip to content
Home News Your PC Does Not Support Windows 11? Check out This Similar-Looking Linux-Based Alternative 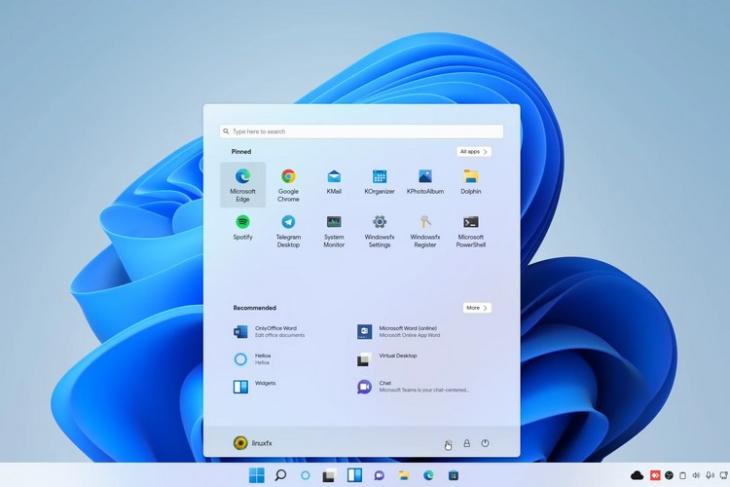 With the public release of Microsoft’s next-gen Windows OS out of the gate earlier this week, several users will not be able to upgrade to Windows 11 due to device incompatibility and the controversial system requirements that Microsoft has implemented. So yeah, if you are someone whose device is incompatible with Windows 11, I have got just the right thing for you.

A new Linux-based alternative to Windows 11 has shown up online right at the time of the release of Microsoft’s desktop OS. Dubbed as Windowsfx 11, it is an alternate version of Windows that brings several Windows 11 design elements to your PC.

Now, I know that there are a few apps that can add the Windows 11 Start Menu to older versions of Windows, Windowsfx 11 not only adds the Start Menu but also the new Taskbar with centered icons, the translucent theme of Windows 11, dark mode, and various other features to your older PC. It even adds a Cortana-like virtual assistant called Helloa. You can check out the demo video below to get an idea about how it will look like on your system.

One of the advantages of the OS is that users do not need any additional hardware components or safety requirements such as a TPM chip to run it on their system. Moreover, the OS also supports ARM-based platforms, including Raspberry Pi.

Coming to the availability, Windowsfx 11 will follow the same update and release schedule as the official Windows 11 version. So yeah, the final version of the OS has been made available on the same date as the Windows 11 release date, i.e October 5.