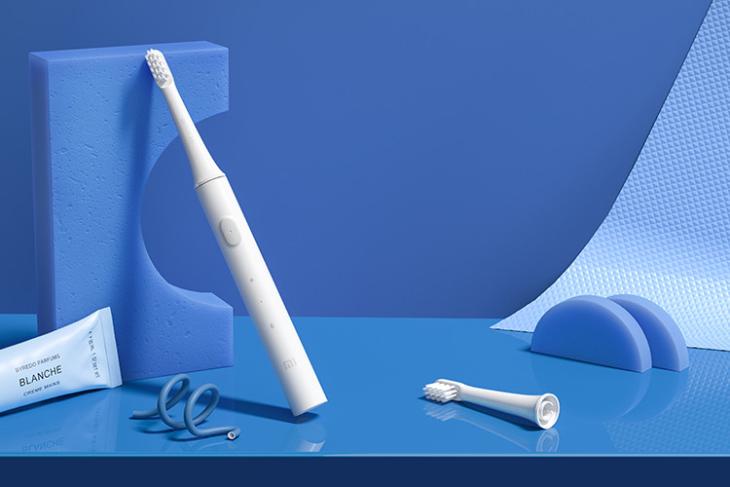 Xiaomi on Tuesday launched the Mi Electric Toothbrush T100 via crowdfunding in India. It comes with what the company claims are ultra-soft bristles, a low-noise design and a 30-day battery life. It is available in a single color, and is priced at Rs. 549. The product, which Xiaomi says has been designed in collaboration with dentists, will start shipping from July 15. Do note that there’s an additional Rs. 50 shipping charge irrespective of the delivery address.

In terms of tech specs, the Mi Electric Toothbrush T100 features ‘Dual-Pro Brush Modes’ – Standard and Gentle. While the first one should suit most people, the second one is meant for sensitive teeth. The device also comes with the ‘EquiClean Auto Timer’ that is said to help users brush their teeth more efficiently. As for the bristles, they’re made out of an ultra-soft material and are said to be 93% thinner than regular nylon brushes.

One of the highlights of the T100 is its battery life. Xiaomi says it has a 30-day battery life and supports fast charging. There’s also an LED indicator that notifies the user about the battery status and charging status. According to Xiaomi, the T100 is powered by a customized high-frequency motor that produces 18,000 vibrations per minute. The toothbrush also comes with IPX7 rating that denotes resistance to water.

Xiaomi had earlier launched the Mi Electric Toothbrush T300 in the country, also via crowdfunding. That particular model was priced at Rs. 1,299 and, came with some more bells and whistles as compared to this one. Either way, this model is priced lower and has a better chance of competing with existing electric toothbrushes in the country, including the Oral B CrossAction, which costs Rs. 359 and the Colgate 360 Charcoal, which is priced at Rs. 599.

Xiaomi to Launch Mi Electric Toothbrush on February 20 in India