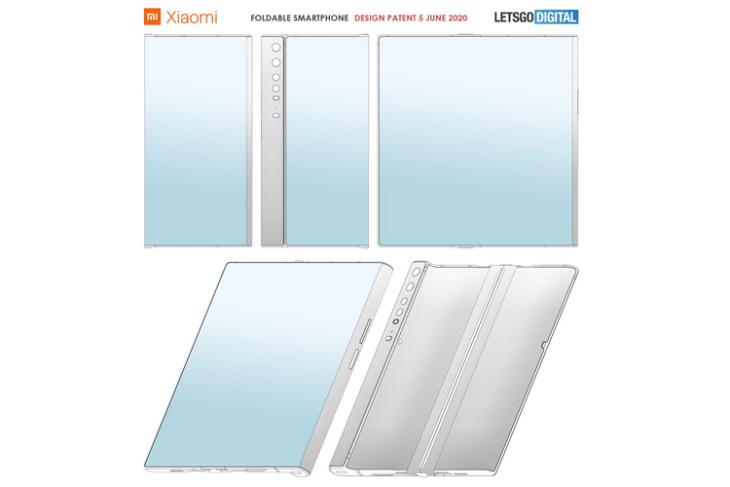 Xiaomi has patented a foldable smartphone that looks a lot like the Huawei Mate Xs. Believed to have been first spotted by Dutch tech blog, LetsGoDigital, the patent was published by China’s National Intellectual Property Administration (CNIPA) earlier today. Xiaomi apparently filed for the patent in late 2019.

As can be seen from the images, the phones folds outwards, with its wraparound display on the outside. When opened, it seemingly transforms into a tablet, while in its folded state, it resembles a standard smartphone. It is, however, significantly thicker than regular handsets. It also has a thin panel on the back to house the cameras. The panel also wraps around on one side to accommodate what looks like the volume rocker and the power button.

Interestingly, there’s also an oval button directly under the camera setup. Its purpose is not immediately clear, but LetsGoDigital speculates that it might serve as a release for the locking mechanism when folded. The phone also comes with a sound-cancelling microphone on the top alongside a standard mic on the bottom. Other hardware features include a speaker and a USB-C connection at the bottom.

Not much else is known about the device, but we’ll hopefully get more info on it in the coming days. Either way, it is worth noting that this particular form-factor might have been all the rage last year when Xiaomi was working on this device, but we’ve since seen clamshell phones like the Moto Razr 2019 and especially, the Galaxy Z Flip, gain in popularity. So it will be interesting to see whether Xiaomi will eventually bring this device to the market at some stage.