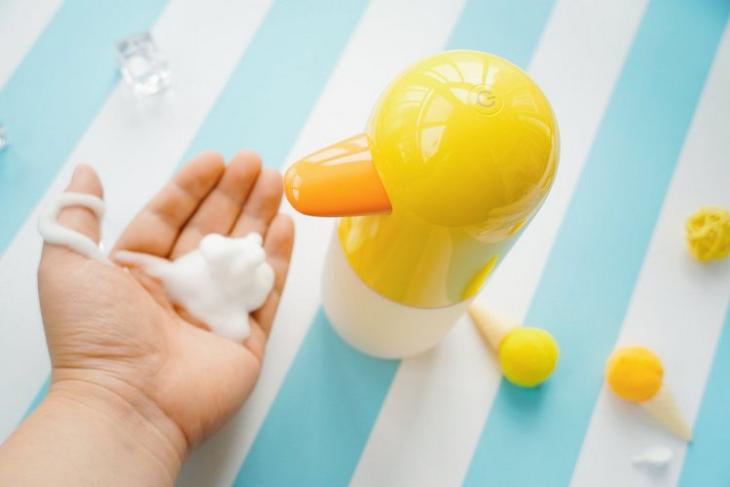 After launching a number of automatic soap dispensers in China over the past few years, Xiaomi’s subsidiary brand, Mijia, has now expanded its portfolio in the admittedly niche segment by unveiling a new product that functions not too differently from the earlier models, but has a much more fun design. As can be seen from the images posted over the weekend by Ice Universe (@Universeice), it’s designed to resemble a toy duck whose beak acts as the nozzle that releases the soap.

The exact mechanism of the new device is not yet known, but it’s likely to be similar to the two other soap dispensers Mijia launched last year. Both those devices (model numbers W66018XP and MJXSJ01XW) are battery-operated and, use built-in near-field infrared sensors and micro-foam pump mechanisms that can detect hand movement and dispense a pre-determined amount of soap or hand sanitizer automatically.

Unlike the new device, though, the earlier models have modern industrial designs with clean lines and compact form factors, making them ideal for standard bathrooms. The latter actually also won a ‘Good Design’ award in China. All the devices work with standard foaming soaps or liquid soaps, which means they don’t need any specific brand of soap to function as advertised.

As for the all-new device, there’s no word on its pricing for now, but given that the earlier models are priced at around the $30 mark, it won’t be too much of a stretch to expect it to be priced at similar levels. It will also be interesting to see if it will ever come to India, but given that its predecessors are yet to make it to the country, it would be for the best if we didn’t bet on it.