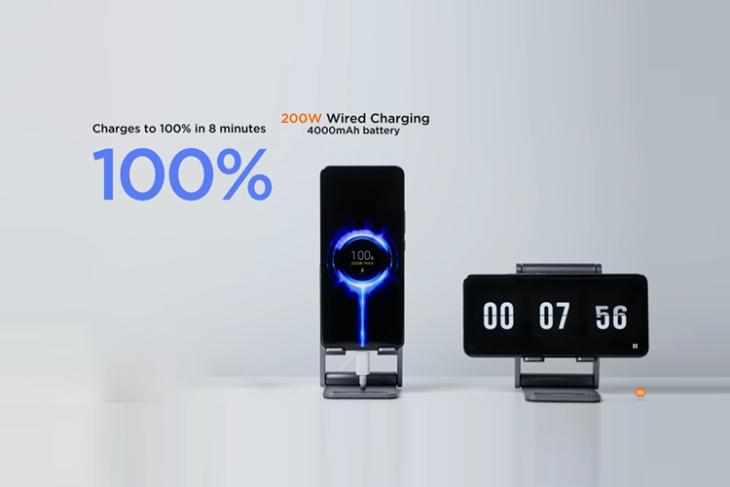 The company showed off that the new 200W charging technology takes as low as 44 seconds to charge 10% of a 4,000mAh battery. It goes to 50% in under three minutes, while full charging takes less than eight minutes, which is simply crazy. For context, Oppo’s 125W Super Flash Charge and Realme’s 125W UltraDART fast charging technologies take 20 minutes to charge a device with a 4,000mAh battery. You can check out Xiaomi’s new Hypercharge technology in action right here: