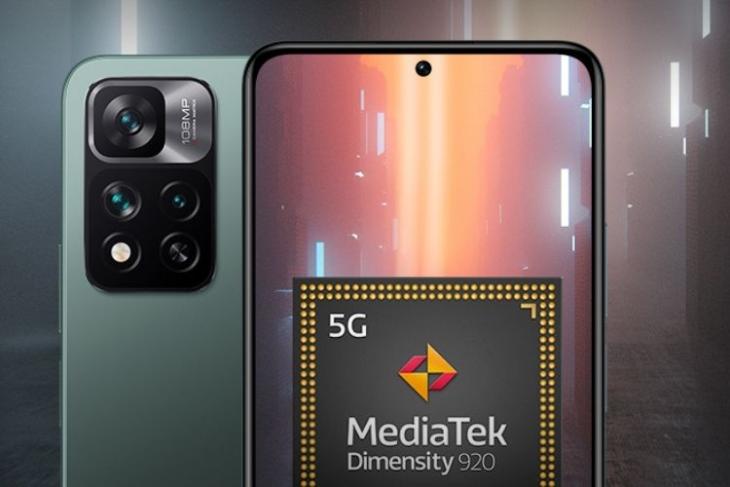 Xiaomi will soon launch the Xiaomi 11i Hypercharge, which will be the first phone with support for 120W fast charging in India. Prior to the January 6 launch event, the company has decided to reveal certain details about the device and the latest detail confirms the chipset that will power it. Plus, we have details on its possible price. Here’s a look.

As per a Twitter post and the company’s website, the Xiaomi 11i Hypercharge will be powered by the MediaTek Dimensity 920 chipset, which will make it one of the first phones in India to get the SoC.

This comes in addition to a number of details that were recently confirmed by the company. The Mi 10i successor is confirmed to come with a 120Hz AMOLED display with a peak brightness of 1200 nits. It will come with support for Dolby Atmos and even 5G.

As for the design, the phone will feature a Mi 10T-like rear camera hump and a punch-hole screen. It is confirmed to come in Pacific Pearl and Stealth Black color variants. A green color is also expected. As mentioned earlier, it will support 120W fast charging, which is claimed to fully charge the phone in just 15 minutes.

Talking about the specs, the Xiaomi 11i Hypercharge is expected to be a rebadged version of the Redmi Note 11 Pro+ that was launched in China recently and could come with 108MP triple rear cameras, up to 12GB of RAM, up to 256GB of storage, a 4,500mAh battery, Android 11-based MIUI 12.5, and more.

While details regarding the price are still under the wraps, a report by India Today suggests that the phone could be priced between Rs 25,000 and Rs 30,000. With this, it will compete with the likes of the OnePlus Nord 2, the Realme GT Master Edition, and more.

Xiaomi will unveil the Xiaomi 11i Hypercharge, along with its variant on January 6 in India. Hence, it’s best to wait for a better idea of the phone. Meanwhile, do let us know your thoughts on the smartphone’s expected pricing in the comments below.