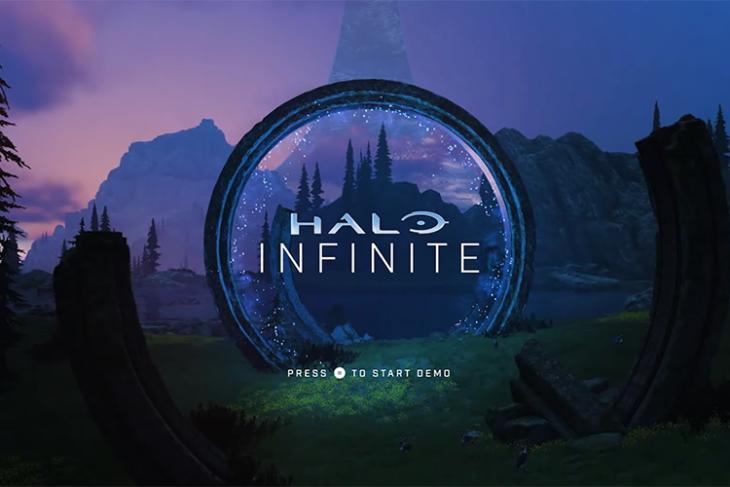 Microsoft showed off some of the games for the Xbox Series X back in May including the likes of Assassin’s Creed: Valhalla. However, games from Xbox Games Studios were missing in action at that event. The Redmond giant finally held a special event today, and showcased a whole bunch of games that it’s first-party studios have been working on. Here are all the games shown off at the showcase.

Obviously, things were kicked off by Halo Infinite. The company showed off an 8-minute trailer of the game’s campaign, complete with gunfights and vehicles. The game looks impressive, and it’s one of the few games I really want to play. Halo Infinite releases Holiday 2020, and will likely be a launch title for the Series X.

Undead Labs showed off a trailer for its next major title, State of Decay 3. The story is unknown as of now, but the trailer does look exciting and intriguing. A pretty solid mix for a title such as this one. There was no release date or timeline mentioned for the game either.

If you’re a fan of racing games, Forza is probably a title you’re well aware of. Forza Motorsport 8’s trailer made it plenty clear that the game will take full advantage of the Series X’s high performance hardware and bring some insane racing action to the screen.

Rare studios unveiled its brand new game, Everwild at the showcase as well. The game looks very unique to say the least, but there’s not much to talk about it as of now. We don’t know when the game will be coming out, but hopefully we will get more details soon.

Tell Me Why follows the story of a twin brother and sister pair. You will play as both of the siblings, and figure out clues to solve the mysteries of their troubled childhood. The game is releasing on August 27, 2020.

6. The Outer Worlds: Peril on Gorgon

Private Division showcased The Outer Worlds: Perils of Gorgon. In the game, you will find yourself on an asteroid called Gorgon, hoping to find more about Dr. Olivia Ambrose, whose daughter, Minnie Ambrose has hired you and the rest of your crew for this task. Peril on Gorgon will release on September 29, 2020.

Grounded took a witty jab at Cyberpunk 2077 in its trailer, but the game looks like the kind of thing that’s insanely fun. It’s also releasing really soon — July 28, 2020.

Obsidian Entertainment also showed off its brand new RPG, Avowed. The game is set in the fantasy world of Eora, but that’s about everything we know about the game right now. The trailer does look nice though.

I don’t know what to say about this game. You open a door in a brain you find inside a jar, and take a journey inside it? That’s what I understand from this trailer. Well, that, and Jack Black sang a song for this.

Fans of Destiny, Beyond Light is coming your way with a new threat, this November. The trailer for this game looks really fast paced and full of new powers to experience and use. Bungie says that the game will run at 60FPS on the Series X, so we can look forward to a smooth experience with Destiny 2, that’s for sure.

Stalker 2 is making its next-gen console debut, and it will be a launch exclusive for Xbox consoles. So, if you’re a fan of this franchise, I guess you’re gonna have to get an Xbox after all. The game comes out in 2021, by the way, but you can check out the trailer right now.

Warhammer 4000: Darktide is a four player co-op game set in the city of Tertium. Faced with what seems like an endless horde of monsters, you’re gonna have to work together (and fast) to make it out of this place alive.

I’m not a fan of psychological horror games, and as such The Medium doesn’t excite me. However, the game makes use of Dual-Reality gameplay, which shows two worlds across the screen at the same time. That looks interesting, and it’s apparently a patented idea as well. The game comes out in December 2020.

I almost missed the trailer for Fable, having gotten distracted. However, the moment I rejoined the stream, a frog ate a fairy? I… Anyway, you aren’t the fairy, in fact, as the game says “your story hasn’t yet to be written” and you get to explore this land of fantastical creatures. Some of which may try to eat you whole.

There were other games showcased as well, including CrossfireX, Phantasy Star Online 2: New Genesis, The Gunk, and others. Clearly, the Xbox Series X will have an absolute ton of games for you to play.