Skip to content
Home Gaming Xbox One X vs Xbox One S: Which One’s Right For You?

With the newly announced Xbox One X, Microsoft now offers 2 editions of its gaming console. Even though they’re similar in many ways, the Xbox One S ($199) and the Xbox One X ($499) exhibit a very different level of performance. While the former offers a higher value for money, especially with the new price cut, the latter offers a much better performance, considering that it is the world’s most powerful gaming console. But at a price difference of nearly $300, here’s my take on which console should you go with and why.

To start things off, both the consoles come with eight custom x86 cores, although the S clocks them at 1.75GHz while the X runs them at a superior clock speed of 2.3GHz. As far as the RAM is concerned, the X has 12GB of RAM, 50% more than the predecessor’s 8GB. Apart from changes under the hood, the Xbox One X is slightly smaller than the S, but also offers a better heat dissipation and cooling system. Clearly, the Xbox One X wins easily in terms of performance.

But will you actually be able to utilize this superior raw performance? The fact is that while most games for the Xbox One S currently run at 900p, they’ll come with updates to support content up to 1080p. On the other hand, playing the same game on the Xbox One X will render the game at 4K and the play it 1080p, thus resulting in a slightly better quality. Though truth be told, at a standard 1080p display, even though the difference is noticeable, it just doesn’t justify the $300 price jump. On the other hand, if you own a 4K display, things are bound to be different. The One S, thanks to the ‘checkerboarding anti-aliasing technology’, upscales the video from Full HD to UHD. On the other hand, the Xbox One X renders the game at native 4K, thus delivering true 4K quality. 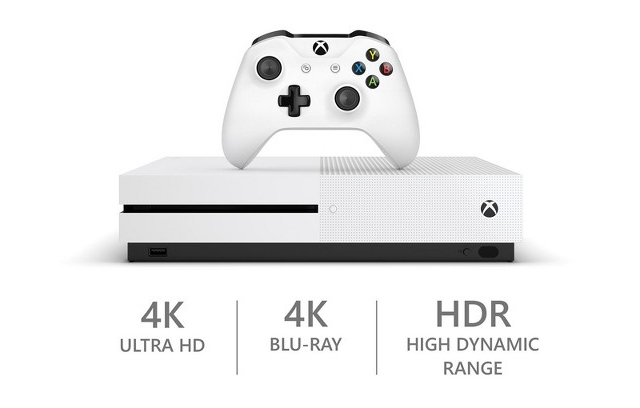 Apart from gaming, the Xbox One in itself is advertised as a home entertainment unit. The promise of 4K comes rolling here as well, with One S continuing to upscale its content while the One X delivering a quality that is true to its core. That being said, both consoles come with support for the HDR technology.

Well, that is all that I make of this debate. But what about you? Which console would you be going with and why? Let us know in the comments down below.

Xbox One S With ‘Shadow of War’ Available on Flipkart For Just Rs 19,990