Skip to content
Home News Microsoft Will End Support for Windows 8.1 in January 2023 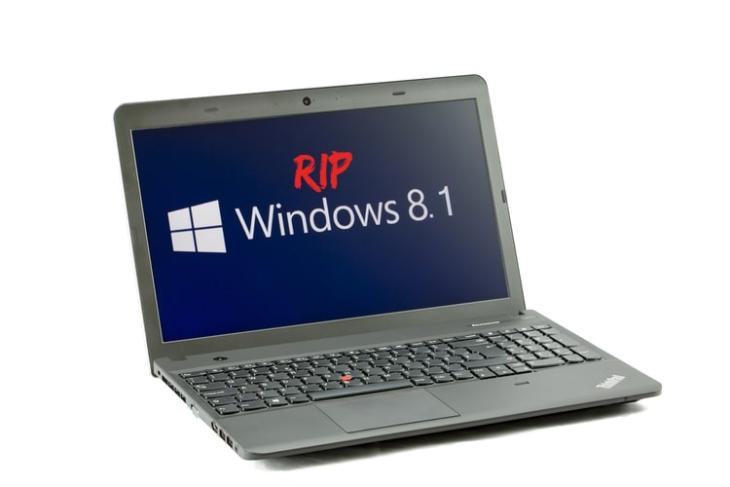 Last year, Microsoft announced that it would end support for Windows 10 from October 2025. Now, the Redmond giant is preparing to send a notification to Windows 8.1 users, informing them that it will end support for the platform in January 2023. Here are the details!

Microsoft recently shared a support note on its official website, announcing that it will stop supporting Windows 8.1 from January 10, 2023. Following the date, Windows 8.1 will stop receiving security updates from Microsoft.

Now, Microsoft says that after the support for Windows 8.1 ends on the said date, users who have Microsoft 365 will stop receiving feature-focused, security, and other quality updates for the Office apps. So, if users want to continue using Office apps, they need to upgrade their devices to a compatible Windows OS. Otherwise, they can access Office on the web as an alternative.

To recall, Microsoft ended support for Windows 8 on January 12, 2016. The platform was rejected by many users when it was released back in 2012 due to its mobile-first UI design. Although Microsoft reverted to a desktop-like design with Windows 8.1, it did not really improve the overall Windows 8 experience on PCs.

The company also mentions that most Windows 8 or 8.1 devices will not support the company’s latest Windows 11 OS due to hardware restrictions. For users thinking of updating their devices to Windows 10, Microsoft suggests considering the fact that Windows 10 will also reach an end-of-support phase in October 2025, as mentioned before. Hence, the company advises users to upgrade their PCs or laptops with modern computing systems that come with Windows 11 pre-installed.

So, if you are a Windows 8.1 user, you could start looking for Windows 11 or Windows 11 SE-powered devices before Microsoft stops supporting your OS next year. You can also consider switching to Chromebooks as Google is continually improving Chrome OS to make it on par with Windows eventually.