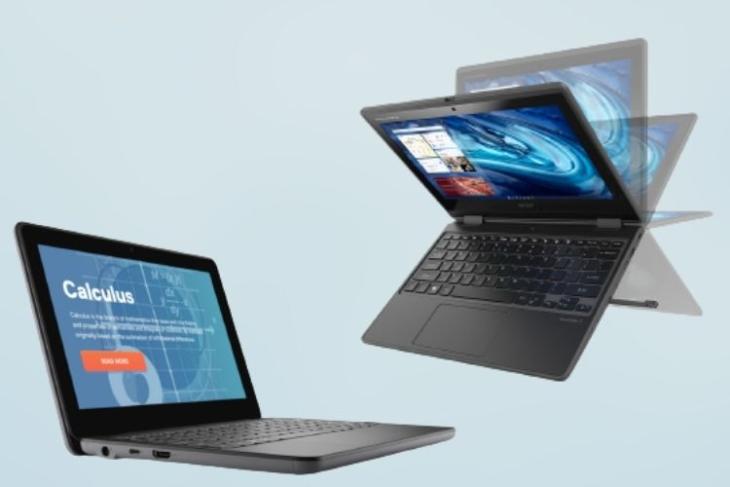 Now, for those unaware, Windows 11 SE is a bit different from the regular Windows 11 platform. It is primarily an education-focused OS and comes with various Office apps like Word, Excel, Powerpoint, and OneDrive pre-installed. Users can use the apps both online and offline using a Microsoft 365 license that comes bundled with Windows 11 SE.

Other than this, Windows 11 SE supports fullscreen app launch, controlled app installations, offers improved battery life, and more. You can check out how it compares with Windows 11 in our in-depth comparison article between Windows 11 SE vs Windows 11.

Now, coming to the Windows 11 SE-powered laptops, OEMs like Acer, Asus, Dynabook, and HP are started repurposing their existing low-cost devices and shipping them with the Windows 11 SE OS. “Our partners are building a broad portfolio of Windows 11 SE devices that are now starting to become available globally,” said the Corporate VP of device partner sales at Microsoft, Nicole Dezen.

For instance, Acer has updated its TravelMate Spin B3 laptop with Windows 11 SE. It is an 11.6-inch device that comes with bumpers for drop protection. The device is powered by an Intel Pentium or Celeron processor, a common CPU choice for such low-cost devices.

Dynabook, previously known as Toshiba, is shipping its E10 laptops series with Windows 11 SE to schools and educational institutes. These devices come with an 11.6-inch HD display, Intel Celeron CPU, and SSD storage. They also come with a spill-resistant keyboard and can be easily carried around in a backpack.

Microsoft has also launched its own Chromebook competitor in the form of the Microsoft Surface Laptop SE. It will be sold exclusively to schools and educational institutes across the world when it releases later this year.

“There are many more Windows 11 SE devices coming this year, including releases from Fujitsu and Positivo,” further added Dezen. And they will most likely be available for schools and educational organizations instead of the general consumers.