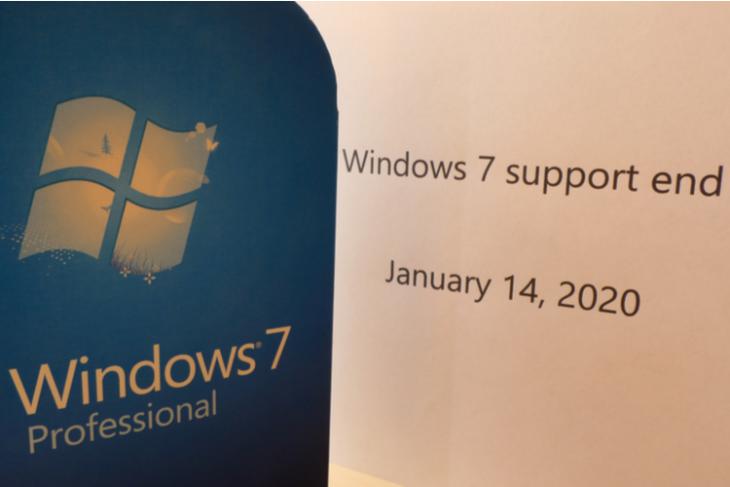 The 14th of January will mark the first anniversary of Microsoft ending the extended support for its ever-popular Windows 7 OS. The Redmond giant stopped supporting the OS for consumers last year and only distributed it to business and educational customers via electronic software updates (ESUs). However, recent reports suggest that people love the age-old operating system, and it still powers millions of systems around the world (iPhones not included!)

According to earlier reports, Windows 7 was running on almost one-fourth of all the Windows devices worldwide, as of August. Now, even though a whole year, filled with disasters, passed since Microsoft ended support for the OS, recent reports suggest that the love for Windows 7 is still strong amongst users, despite the minor bugs and issues.

As per a report by the United States Government Digital Analytics Program, almost 19% of the total visitors on US-based websites were using Windows 7 on their systems, while 75.8% of users were running the latest Windows 10. Another similar report from StatCounter Global Stats shows that around 17.7% of all the Windows users were running the older OS at the end of 2020.

Now, Microsoft says that almost 1.5 billion people in the world use its operating system on their PCs or laptops. So, turning the above percentages into numbers show that Windows 7 still runs on at least 100 million systems worldwide.

This is pretty impressive and shows just how reliable Windows 7 was at its peak. However, Microsoft is doing some pretty good things with its latest Windows 10 OS and is also planning to completely overhaul the software this year. Moreover, the organizations and governments who are using Windows 7 via ESUs will have to pay more to keep receiving updates with each passing year.

As a result, from this point onwards, the Windows 7 user-base will only decrease at an increasing rate. And at some point in the near future, it will become more like the once-popular Windows XP, which barely has a user-base now.