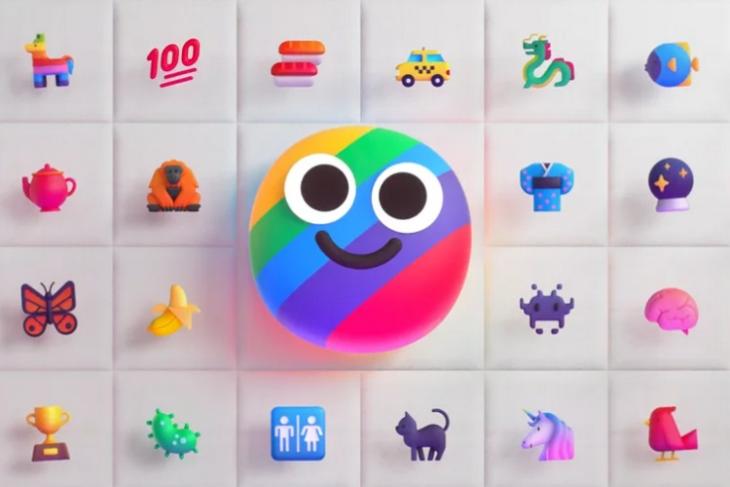 Microsoft has been hyping up 3D emojis on Windows 11 on its social media channels for months now. However, to the disappointment of users who adored the cute new emojis, the company has released the emojis with a boring flat 2D design in the latest Insider build.

Microsoft first teased new 3D Fluent emojis for Windows in July right in time for World Emoji Day. The post mentioned the new emoji set will come to Teams and Windows this holiday season. That was further reiterated when Microsoft tweeted 3D emojis saying they are ‘newly designed emojis for Windows 11.’ You can check out that tweet below:

With the release of Windows 11 Insider Preview Build 22478, Microsoft finally started rolling out new Fluent emojis. However, it doesn’t have the long-awaited 3D emojis. Instead, Microsoft has opted for 2D versions, as you can see in the image below:

In response to a Twitter user’s query, Microsoft’s Senior Program Manager on the Windows Insider Program team Brandon LeBlanc has confirmed that the company will use 2D versions of the Fluent emojis for Windows 11.

Another change in the new emoji set is the use of Clippy for the paperclip emoji. Microsoft previously confirmed Clippy emoji for Office apps and it is now natively available on Windows 11.

While we won’t be getting 3D emojis natively in Windows 11, we could see them in other Microsoft products like Teams and Microsoft 365. Hence, you could say that Fluent 3D emojis will live on.

Although the lack of 3D emojis is a disappointment, the new emojis are arguably an improvement over what we previously had in Windows 10. Interested users won’t have to wait too long as Microsoft plans to bring these new emojis to Windows 11 in a future servicing update.