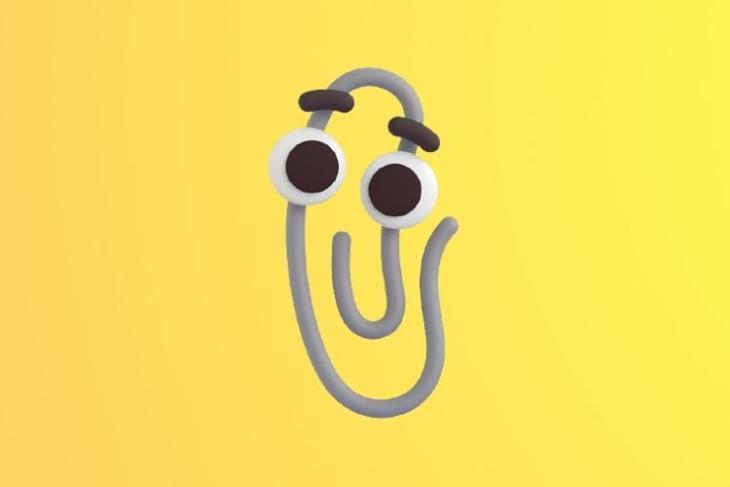 Do you remember Microsoft’s handy Office assistant Clippy? Well, if you have ever used Microsoft Office back in the day, then I am sure you have come across the adorable yet annoying intelligent assistant that prompted various tips and tricks on how to use Office. After being discontinued way back in 2001, Microsoft is now bringing Clippy back as an emoji for Microsoft 365 products.

Clippy Returns in a New Avatar

Microsoft recently unveiled over 1,800 redesigned emojis, all of which it aims to add to Windows 11 and Microsoft 365 products in the coming days. The new emojis have been completely redesigned by Microsoft to turn them from 2D view to 3D design, and reflect the company’s new Fluent Design language. So, amongst the new emojis. the Redmond giant has replaced the paperclip emoji with a glyph of Clippy.

Now, for those who don’t know Clippy, it was essentially an animated paper clip that appeared in Microsoft Office along with simple tips to help users make the best out of the said app. Although the assistant was pretty cute to look at, many users found it annoying while using Office. As a result, Microsoft dumped the one-time Office assistant in 2001, and since then, we haven’t seen Clippy anywhere in Windows or any other Microsoft product.

However, the company’s official “Emoji-logist” Claire Anderson thought of adding the adorable assistant as a paper clip emoji in the new emoji set to replace the previous 2D and boring paper clip glyph. Anderson thinks that it would give users a healthy dose of nostalgia while using Microsoft products.

“I grew up using Clippy, and it just seemed like a fun little Easter egg,” Anderson said to The Verge. “We just all imagined that delight when you put the paperclip in a Microsoft product and then all of a sudden, you get this dose of nostalgia,” she further added. You can check out this video for a first look at other new 3D emojis.

Microsoft even shared a tweet recently, where it stated that if the tweet gets more than 20,000 likes, the company will replace the paperclip emoji in Microsoft 365 with Clippy. The Redmond giant says that it would initially roll out the new emojis to Windows and Teams sometime in the upcoming holiday season, the same period as the Windows 11 release. They will be later available in other Office apps such as Yammer and Outlook.