Skip to content
Home News Windows 11 Dev Channel Builds Are About to Get Less Stable; Here’s Why 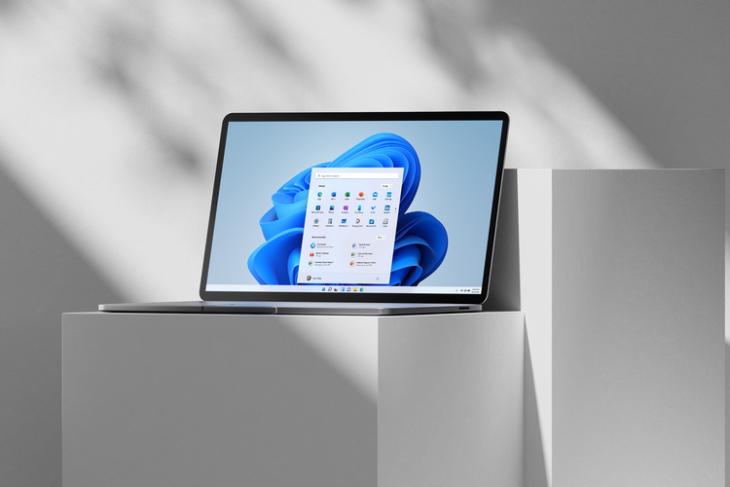 Microsoft is in the final round of preparations for the highly-anticipated Windows 11 release in October. Ahead of the launch, Windows 11 is currently available in Dev and Beta channels. If you have been closely following the Windows 11 updates cycle, you might recall that the company had rolled out the same Windows 11 builds in both Dev and Beta channels in the past couple of weeks. That’s about to change soon, as Microsoft has warned Insiders that the Dev channel will soon get more unstable again.

Windows 11 Dev Channel Builds Are About to Get Less Stable

Microsoft says it will start testing early development builds in the Dev channel, as it usually does. As a result, these upcoming builds will be less stable than the ones that are currently live in the Dev channel. In an email sent to Insiders, Microsoft also points out that changes that will show up in the upcoming Dev channel builds will not make their way to the public release this October.

“We will soon be flighting early development builds in the Dev Channel. These builds may be less stable and won’t align with the version of Windows 11 expected to be available to the general public later this year,” wrote Microsoft. You can check the entire email below: 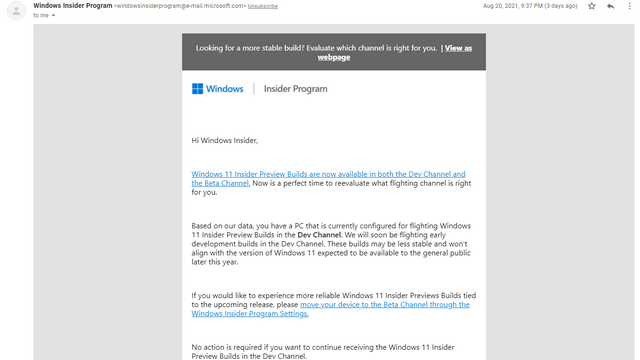 Since Microsoft has switched to an annual cycle for feature updates with Windows 11, changes in future Dev channel builds are meant for the first major feature update of Windows 11 planned for the second half of next year (22H2). Hence, if you are in the Dev channel right now, and would prefer a relatively stable experience going forward, you can check our guide to switch from Windows 11 Dev channel to the Beta channel.