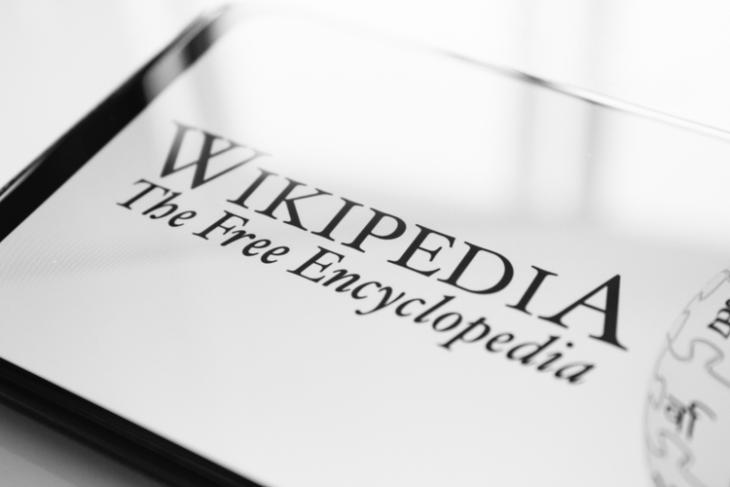 Wikipedia is a one-of-a-kind website that is run by the public and for the public. Now, as anyone with an internet connection can modify information on the website, sometimes misinformed users pose a great problem for Wikipedia. Recently we saw how the website uses bots for several functionalities. However, there are some volunteers who save the website from misleading information and we never even come to know about it.

One of these volunteers goes by the name of “Cgmusselman”, who believes in the website and the good it can bring to the communities. As Wikipedia is run by Wikimedia Foundations, a non-profit organisation, the website is not affiliated to any kind of business and nor does it sell its data to advertisers. It is completely dedicated to providing users with information about someone or something. However, one of the major reason that users think that the site cannot be trusted is – anyone with an internet connection can edit the information on the website.

So, in a recent turn of events, US Senator from Massachusetts, Elizabeth Warren verbally “killed” the current President, Donald Trump and the former New York City Mayor, Michael Bloomberg in the US Presidential debate on February 19. Following this event, some anonymous user with the username “DQAUCK02” went to Wikipedia and added a “Death” section to the biographical page of Mike Bloomberg. The user added the “date of death” and also the “cause of death”. Well, the cause he wrote was “Senator Elizabeth Warren”. 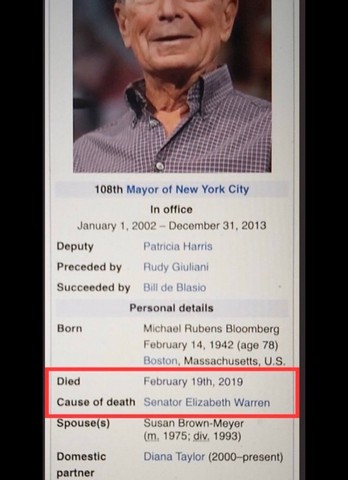 However, within minutes of this edit, Charley “Cgmusselman” Musselman reverted the change and deleted the wrong information from the website. However, by the time he reverted the info, the screenshots for memes and jokes were already taken by users. But, the revert did stop the potential spreading of the fake news about the former Mayor being dead. So, this is the magic of Wikipedia. If anyone can edit the info, someone can edit that edit to deliver the correct info!

“Most of these edits are small improvements to phrasing or content, a few are masterpieces, and some are vandalism,” said Musselman, who is not even an experienced editor to keep a lookout on the website. He is a 73-year old Physicist from Massachusetts mostly doing copy-edits for the site.

However, the belief of the editors on the crowd is what makes Wikipedia a truly open platform to get any kind of information. The wise words of the 73-year old editor were, “Weight of sincerity, truth, and goodwill will bit by bit bury falsehood and malice,” and this belief is what makes Wikipedia, well, one of the best sources to get information on just about anything.