First spotted by famed tipster WABetaInfo, the new group calling participant limit is now live on WhatsApp beta version 2.20.133 on Android and 2.20.50.25 on iOS. The feature hasn’t rolled out publicly just yet but owing to the current COVID-19 situation, we can expect it to reach everyone sooner rather than later. 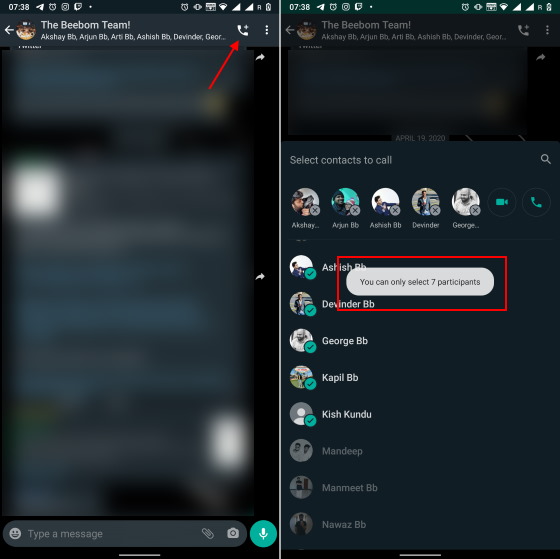 To begin a group call with more than 4 participants (which was the previous limit), simply jump into a group conversation and tap the call button at the top right. Then, select those you want to invite for a call. You can add up to 7 participants, which makes the total 8 when you count yourself.

Now, if you want to start a group call with people who you don’t share a group, then you can head to the ‘Calls’ tab. Tap the ‘call’ bubble at the bottom right and select the ‘New group call’ option. Now, pick the participants, start a video/audio call, and have fun. 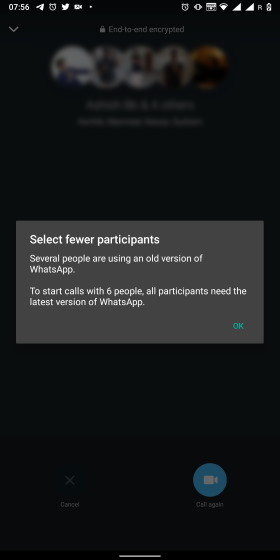 I expect the messaging giant to beta test this feature for couple-odd days and then start rolling out to everyone. WhatsApp is now ready to take on Google Duo and Houseparty amidst the lockdown, now with the increased group call limit.