Skip to content
Home News Fake News: No, WhatsApp Is Not Getting a Third Blue Tick to Detect Screenshots 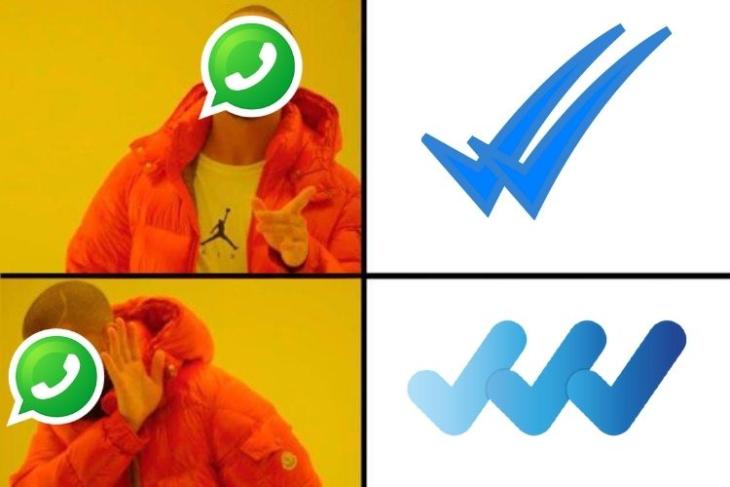 There have been rumors related to WhatsApp, suggesting that the messaging app is going to introduce a third blue tick for people to detect if a screenshot of the chat is taken. The truth is that the news is fake. Here are the details.

WhatsApp is Not Getting a Third Blue Tick

Recently, many users started speculating about the third blue tick on WhatsApp. However, WABetaInfo (via a tweet), who is known for leaking WhatsApp-related details, confirmed that this rumor is fake, after all.

The third tick would have allowed users to know if someone took a screenshot of the chat or any disappearing media they uploaded. It was expected to come in addition to the existing two-tick system. If you are a regular WhatsApp user, you would know that if you send someone a message, you see a tiny grey-colored tick on your message bubble.

When the message is delivered to the recipient, another similar tickmark is added next to the existing one. And when the recipient finally opens the chat and reads your message, the double-ticks on your message turn blue. There’s no triple tick functionality yet, and WhatsApp doesn’t plan on adding one anytime soon.

For those who don’t know, the ability to detect if a screenshot is taken is available on Snapchat and Instagram DM Vanish mode. Although it is one of many missing features in WhatsApp, it is confirmed that WhatsApp is not developing a feature of that sort.

As for what’s expected to reach WhatsApp, it was recently revealed that the messaging platform might bring a new Contact Info page, the ability to search for nearby businesses, and loads more. Do you want to ability to know if someone has taken a screenshot of your chat or WhatsApp Status? Let us know in the comments section.