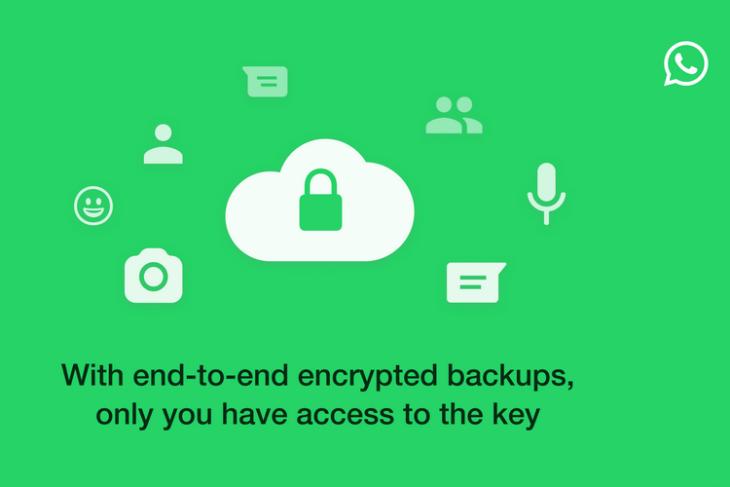 After announcing end-to-end encrypted chat backups last month, WhatsApp has started rolling out the long-awaited feature on iOS for beta testers. With this feature, you can safely backup your chats on iCloud and protect them with a password. That said, do keep in mind that you will need this password to restore your cloud backup.

Once your backup is end-to-end encrypted, no one except you can access the backup and that includes Apple and WhatsApp. As WhatsApp detailed in a blog post, the feature lets users utilize a 64-digit encryption key or a password to retrieve the key from the HSM-based Backup Key Vault. According to WhatsApp, the Backup Key Vault has a brute-force prevention mechanism that renders the key permanently inaccessible after a limited number of unsuccessful retrieval attempts.

Anmol from our team has got access to the feature and this is what it looks like:

WABetaInfo points out that you should disable WhatsApp from your regular device backup that lacks end-to-end encryption when you enable this feature. You can do that from Settings -> Your Name -> iCloud -> Manage Storage -> Backup -> Disable WhatsApp. You will have to manually restore the chat history from WhatsApp after enabling E2E chat backups when you’re switching phones.