Its a bird! Its a plane! Its Superman!

If rumors (I said rumors) are to be believed, in the upcoming Superman movie, Superman is going to teach the new brands and entrepreneurs the lessons of social media marketing. The idea may seem very amusing to the techies but this is the last thing we need the chick and problem magnet to do – teach us Social Media! 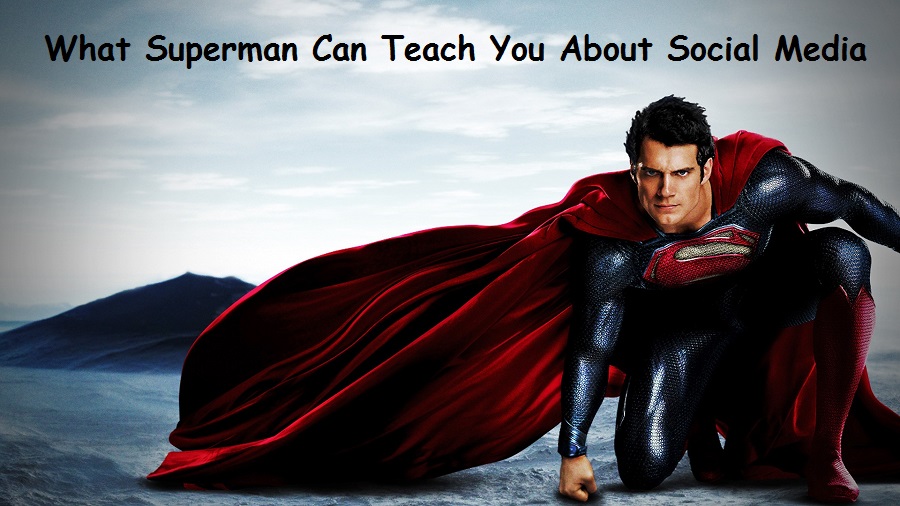 But honestly, Can Superman really teach us something? Lets find out!

Have you ever seen Superman eat? I haven’t (even if I have, I will not admit it). This is because Superman’s body absorbs light of the Sun to produce energy. This means that every time he goes out, he is eating food (and never growing fat!). The sun is what powers him and gives him energy to do everything he does. If you have not got my point yet, let me come straight to the explanation. Your social media profiles are almost similar to this ability of Superman. These are powered by people around you. Every time you go out, you are knowingly or unknowingly changing the nature of your social profile by conversing with people, giving out your business cards, sharing with them the knowledge you have accumulated (ultimately gaining ideas for yourself). The world has become way too dynamic, the way you treat people in the real world decides how they treat you in the virtual world. The things that you do is result of the power in the form of thoughts provided to you by the people and hence your profile can be considered as a battery powered by the people and the social media.

This is one thing that every person on this earth has thought of acquiring at least once in their lives. These abilities help superman to hear everything in the world, recognize arising threat, see through everything, make a plan (running head first into bullets is not a plan) and finally go there and eliminate threat. Superman wants to teach you the same lesson. Keep your eyes and ears open. Look closely and observe every action. Hear what people say and see what they do. Look for an opportunity, formulate a plan and rescue the world. People thank Superman for his bravery and they will thank you for your ideas and products.

The people of Krypton are ahead of us a thousand years in terms of technology this means that Superman’s is already ahead of Humans in terms of intelligence and the age of the yellow sun is like an icing on the cake for the man because it enhances his superhuman intelligence by several folds which allows him to think faster than the evil people and hence neutralize them easily. Although you cannot surpass his intelligence but you can be a step ahead of your competition. Most of the ideas of new products arise in Social Media where people tend to open up and speak their minds. You just need to be a little bit smarter to catch these ideas at an infant stage and start building a solution for it before your competition does. This way, you are not only in a position to influence a large section of social media but are also in a position to convert them into sales.

Superman is known for his strength and fighting skills. While a few writers try to show him as a mediocre skilled fighter, the truth is that he has been trained by Wildcat in boxing, Mongul in fighting arts, Wonder Woman in agility and Batman in martial arts. The point here is to turn yourself into a similar unbeatable warrior. Social Media is filled with GURUs of all niches and Veterans in all topics. Undoubtedly, these people have a lot of knowledge and like Batman and Wonder Woman can teach you a lot. I myself have been learning a lot from social networking sites like Twitter and Facebook and frankly, the experience was superb. Most of these highly intelligent people do not feel comfortable in sharing their tricks and tips with others. It is here that you need to find the ‘Social Media Superman’ in YOU and convince them that you really are looking forward to learn from them.

No matter how big you and your corporation becomes, you must never forget that its the people that make Superman and similarly its the Social Media that powers your business. People like Superman because he does what he does just for the sake of love of people and does not expect anything in return. Turn yourself into a corporation that focuses on social welfare and does not shy away from sharing knowledge because at the end of the day, money is not everything that counts when it comes to growing bigger and wiser.

Your Daily Life in GIFs (Humor)

Do you know How Good Google is at Poetry