Over the past few years, users have complained that Android features and design enhancements have stagnated and there has been no sea-level change on the user’s side of things. While that’s true to some extent, the truth is that Google has been working hard behind the scenes to make Android truly a modular, secure, and easily updatable operating system. In this regard, we are talking about the new Google Play System Update on Android that is currently available on Android 10 and 11. So without losing any time, let’s go ahead and learn about Google Play System Update in detail.

If your device is on Android 10 or 11, you would see a “Google Play System Update” notification downloading updates in the background. After that, it prompts you to restart the device to apply all the changes. On the surface, it looks like an app update, but why does it ask you to restart the device? Does Google Play System Update have anything to do with a firmware update or security patches? Let’s find out.

With Android 8, Google brought Project Treble which tried to separate vendor-level components from the kernel. While on the user side, it didn’t look that big of a change, but for OEMs, it was a huge shift. They could finally update the firmware without having to rely on SoC vendors like Qualcomm, Mediatek, etc. 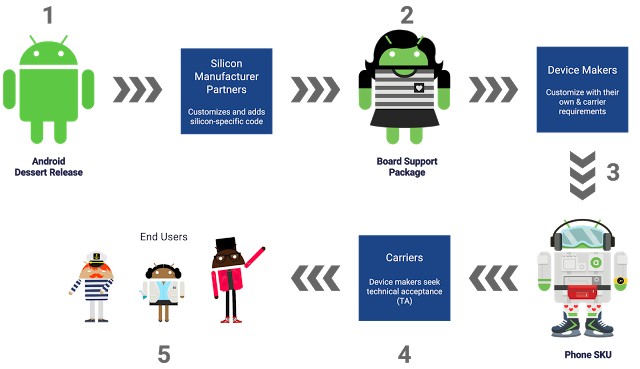 All through recent history, you can observe that Google has been steadfastly trying to decouple components from core Android frameworks so that they can be easily updated without having to rely on middlemen.

With Project Treble, they separated the OEM dependency on the SoC vendor, and now with Google Play System Updated (codenamed Project Mainline), Google wants to break its dependency on OEMs for delivery of critical bug and security fixes.

What is Project Mainline AKA Google Play System Update?

That was a bit of the backstory, but here is why Project Mainline is essential and what exactly it does. Google does a stellar job at fixing bugs and patching new vulnerabilities. Soon after the bug fixes, Google releases the code to device manufacturers to patch their Android devices. But due to lackluster support from OEMs, millions of devices don’t get any update hence devices remain vulnerable to attacks. 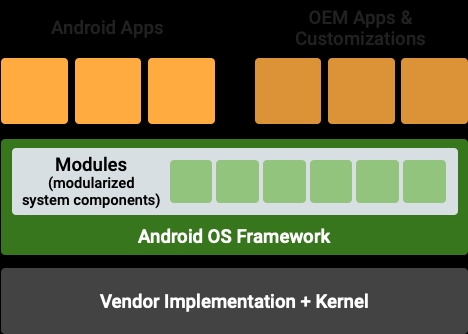 Google wants to change this and most importantly, control the security aspect of Android devices from its own end. It does not want to rely on OEMs to deliver critical bug fixes and enhancements. And that’s where Project Mainline AKA Google Play System Update comes into play. With Android 10, Google selected 13 components (called Mainline Module) to be updated independently. However, there was a big issue. It was not mandatory for device manufacturers to comply with all Mainline Modules so many device makers skipped on it.

With Android 11 though, things have changed dramatically. Now, Google has upped the Mainline Modules from 13 to 25 (which means more control at Google’s hand) and all of them are mandatory for OEMs to implement. Even if your device is being upgraded from Android 10 to 11 then manufacturers have to implement all of the 25 modules in their system. So what are those 25 Mainline Modules and what do they do? Well, have a look at the table below.

Google has detailed the 25 Project Mainline Modules that can be updated through Google Play System Update on Android 10 and 11 devices. These modules are delivered in the form of an APEX package that Google has specifically developed for Google Play System Update. Some of the modules are also delivered in the form of APK container.

How is Google Play System Update Different from Security Patches? 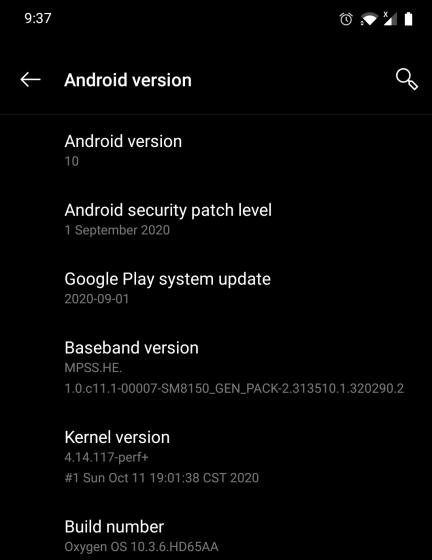 Whereas, Google Play System Update intends to fix issues found on its own components. For example, the Permission Controller can update the policies of granting and controlling permissions on Android devices. Similarly, if there is an issue with media codecs then Google can directly address that.

It’s pertinent to note that Google Play System Update is not just about fixing security loopholes found on its components, but also about enhancing them. For example, in the future, Google can very well change the UI element and policy of the Permission Manager without any firmware update– right from Android 10 and onwards. 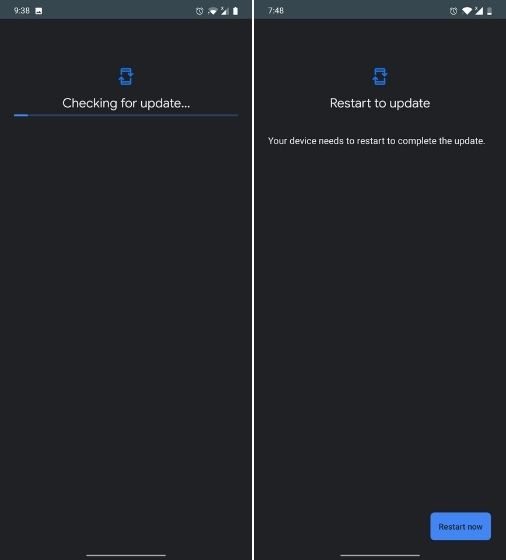 So that was all about the new Google Play System Update that has been significantly upgraded from Android 10 to 11. Again, just like Project Treble, it does not appear a huge change at the user’s end, but it’s surely a paradigm shift. You will get instant bug fixes that were otherwise unknown to you, making your experience better and cohesive. We hope to see more and more Android components being added to Project Mainline. Anyway, that is all from us. If you have any questions then comment down below and let us know.